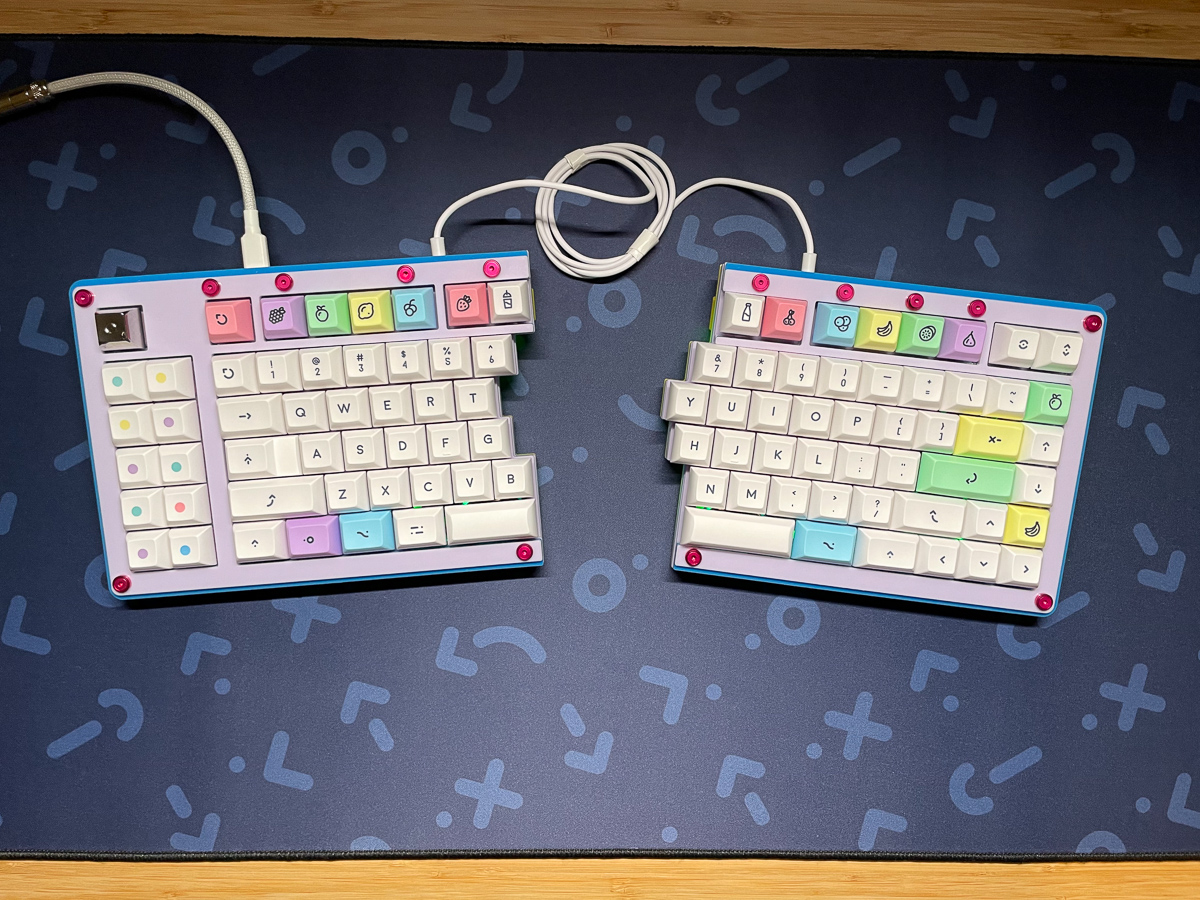 The Sinc is 75% split PCB by Keeb.io. I have been itching to try a split keyboard. I thought it would be interesting to commission an acrylic case by SM Keyboards to match Kat Milkshake.

Visually, the case exceeded my expectations. Although it is a 75% design, with macro columns on both the left and right, it is 96 keys[1]. All of these keys make it easy to show off everything Kat Milkshake has to offer.

Unfortunately, at the moment, I am not enjoying the split design, and the overall size of the board is not something I am into these days[2].

The biggest surprise on the built has been the Banana Split switches. The sound profile of them is a bit deeper than a typical JWK. If I decide to move on from the board, I will seriously consider desoldering them.

I am still intrigued by a split design, but it might be better to try something a bit smaller the next time. 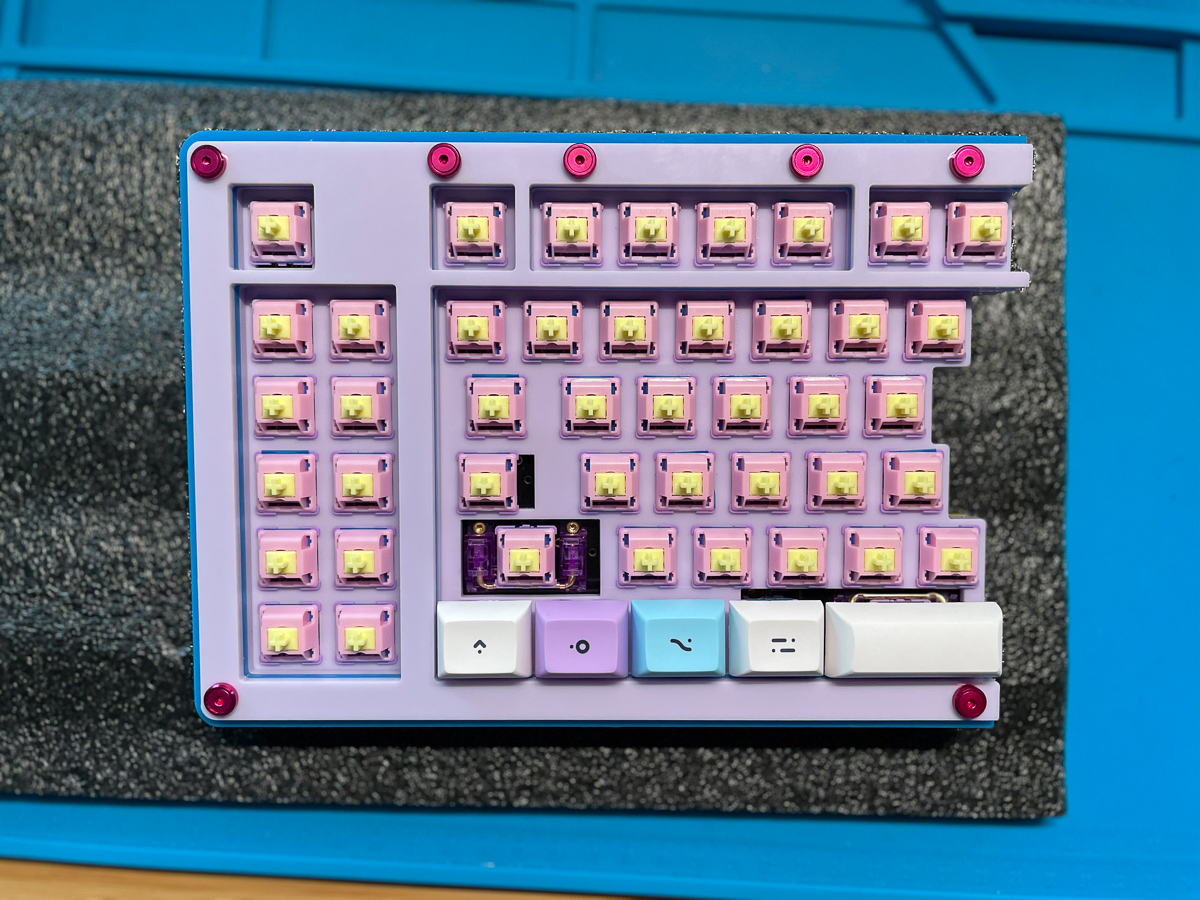 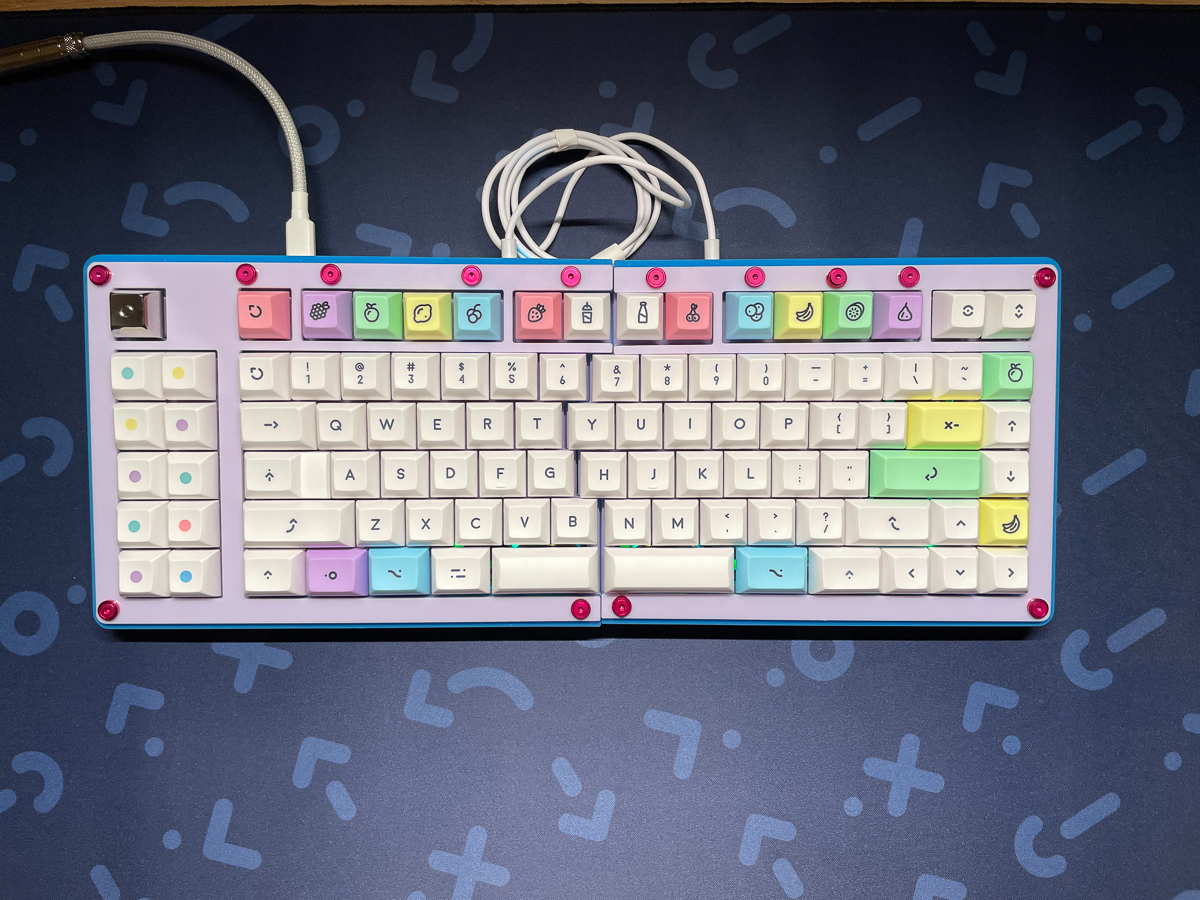