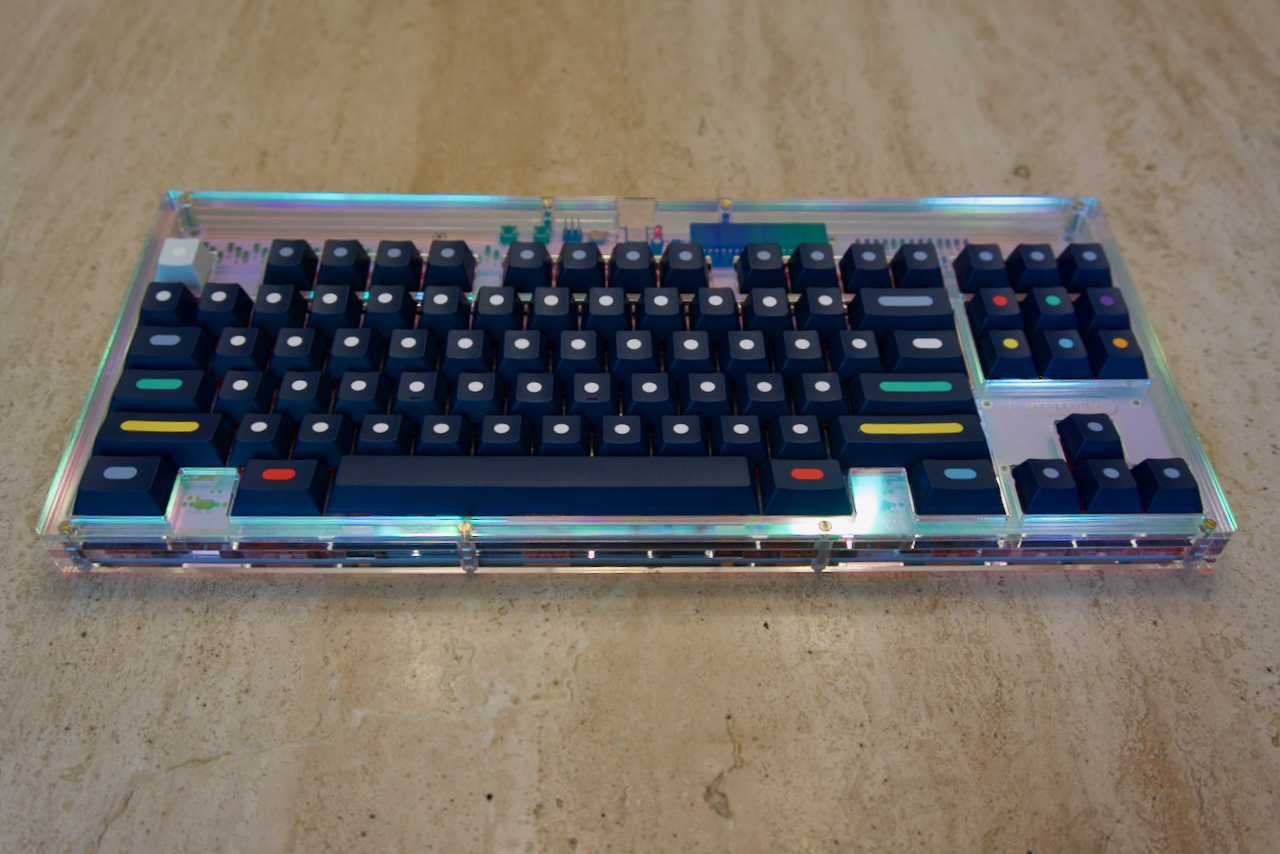 The case was expertly designed and built by Switch Couture. It consists of five layers of stacked acrylic. In addition, there is an included a 5mm acrylic plate that holds the switches nice a snug.

The Mysterium itself is a WK TKL, but the case was designed to be WKL because this is the way.

I was trying to decide between Tealios and the Tangerines for this build. I thought the aesthetic of the clear Tealios would be an excellent way to go with the bi-frost acrylic case, and I love the feel of them. However, the Tealios sound is not as good as the Tangerines in my testing, so I went good feel and great sound over great feel and dull sound.

There is no real reason to match your switches and stabilizers. However, if you can do so, then go for it. So once I decided on Tangerines, the using orange C3 stabs was a no brainer.

I lubed and filmed switches about a week before I started to do the final build. I noticed that many of the switch housing had started to become loose after sitting in the bucket they shipped in for a week. I am not sure if it was just my batch of switches, the films, or whatnot, but I was concerned that any switch that was not appropriately surrounded all sides by the 5mm acrylic plate would eventually push open. So, I pulled out the films for the stabilized keys (2x shift, enter, and backspace). The Thicc films might not have been an issue, but it was an easy pre-solder change to make.

After the switches had been soldered, I grabbed a pair of rubber gloves, a small vacuum, and tried to assemble with the least amount of dust and fingerprints as possible. 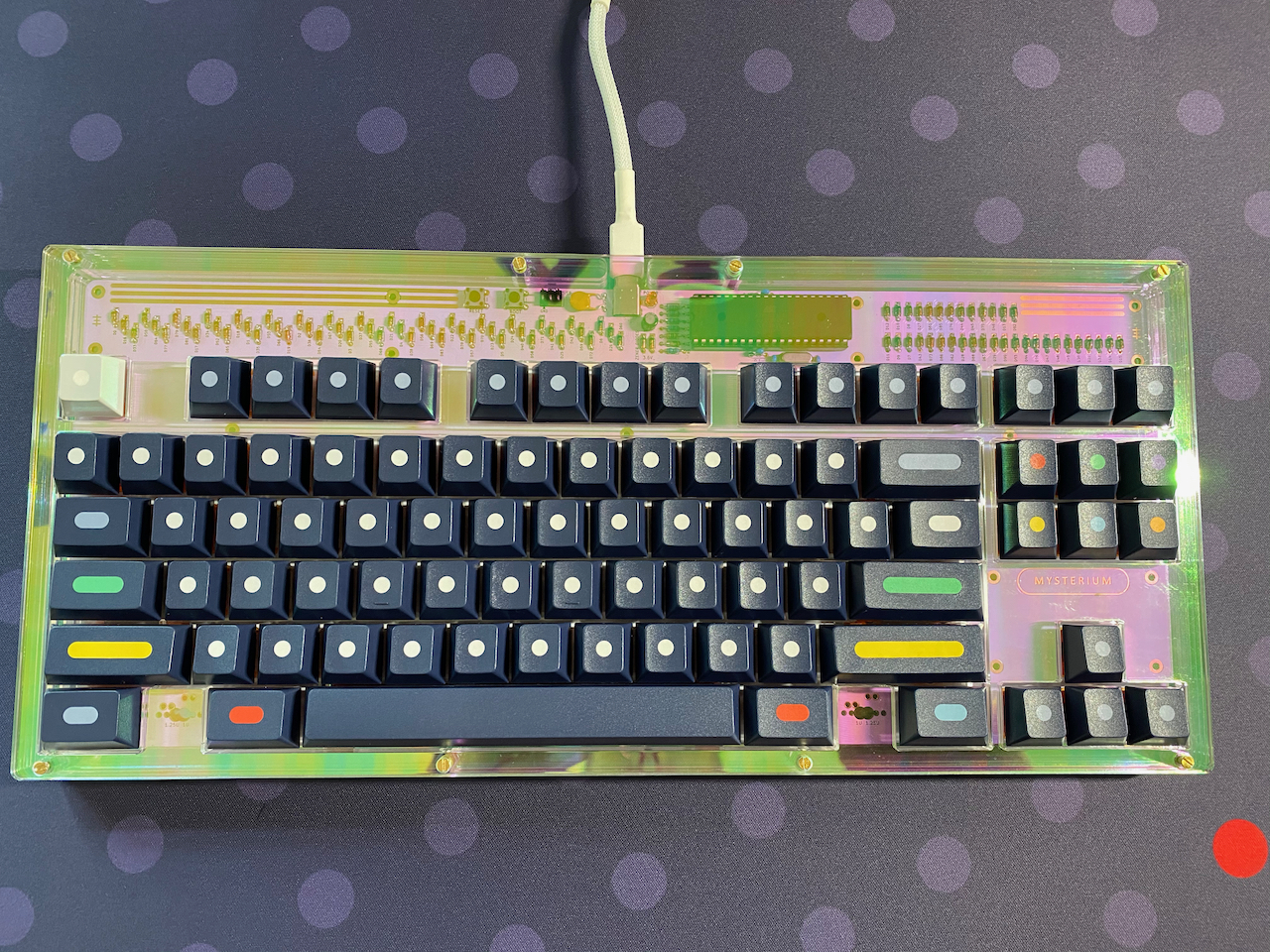 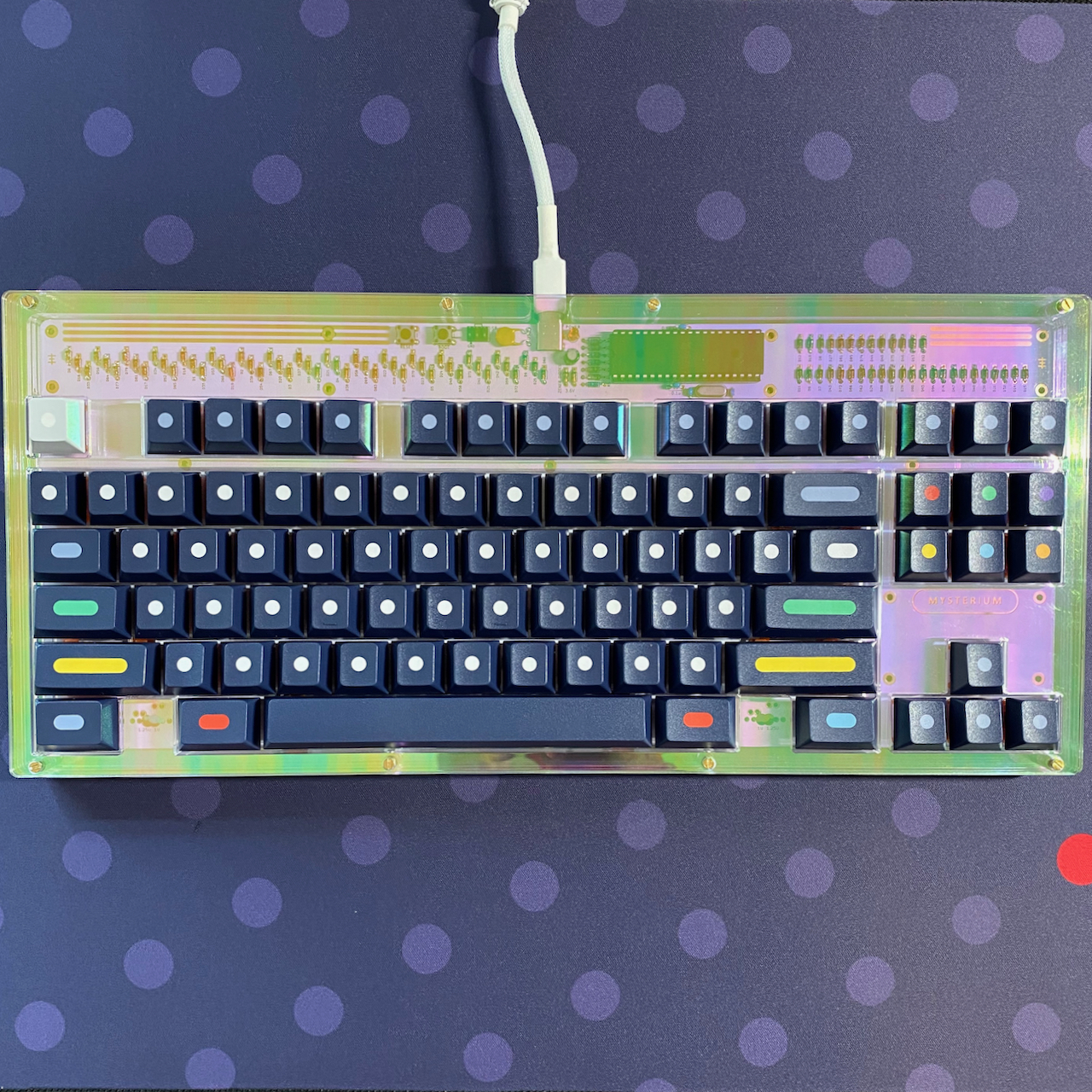 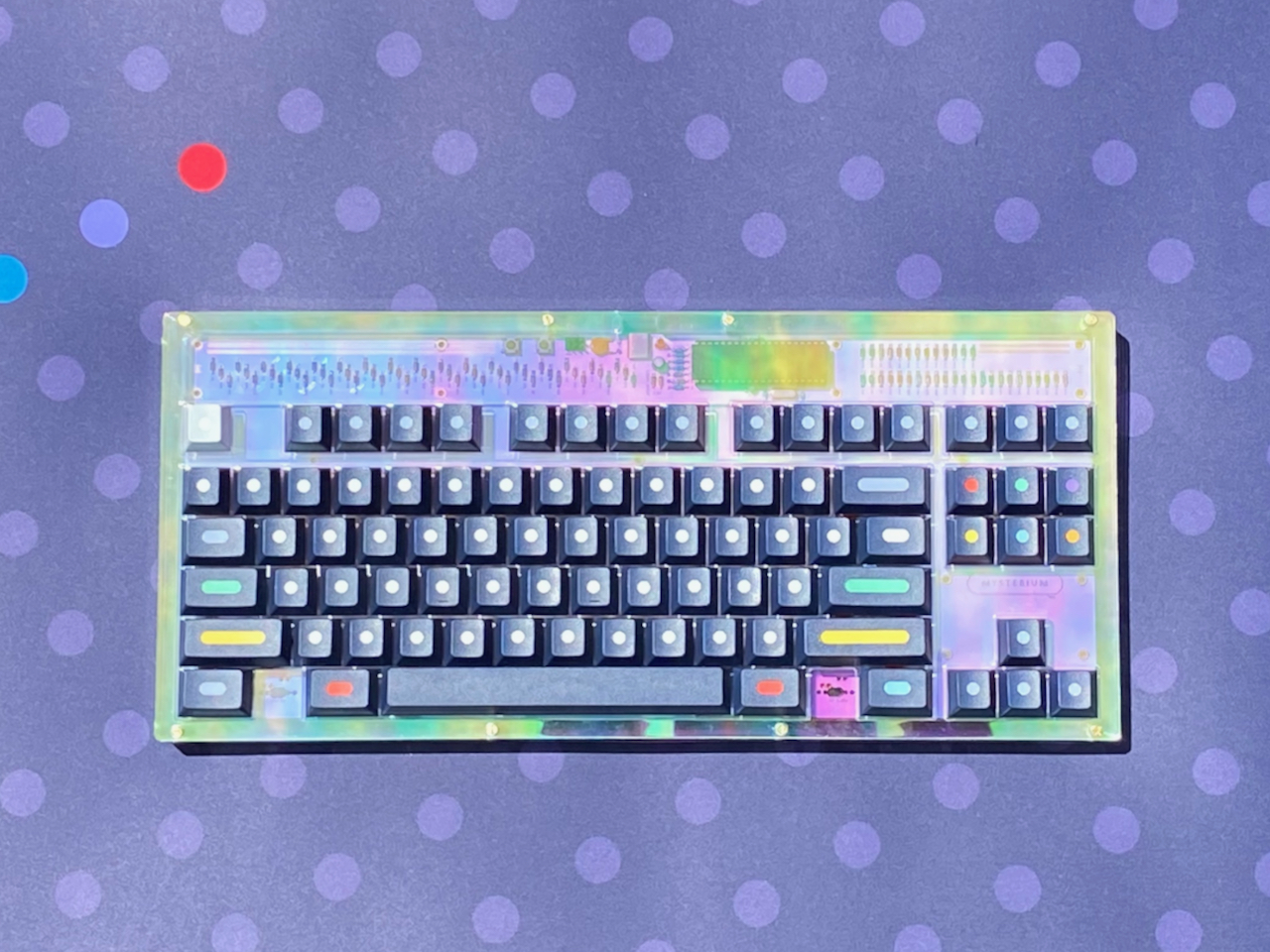 Bright light (I think in the sun) 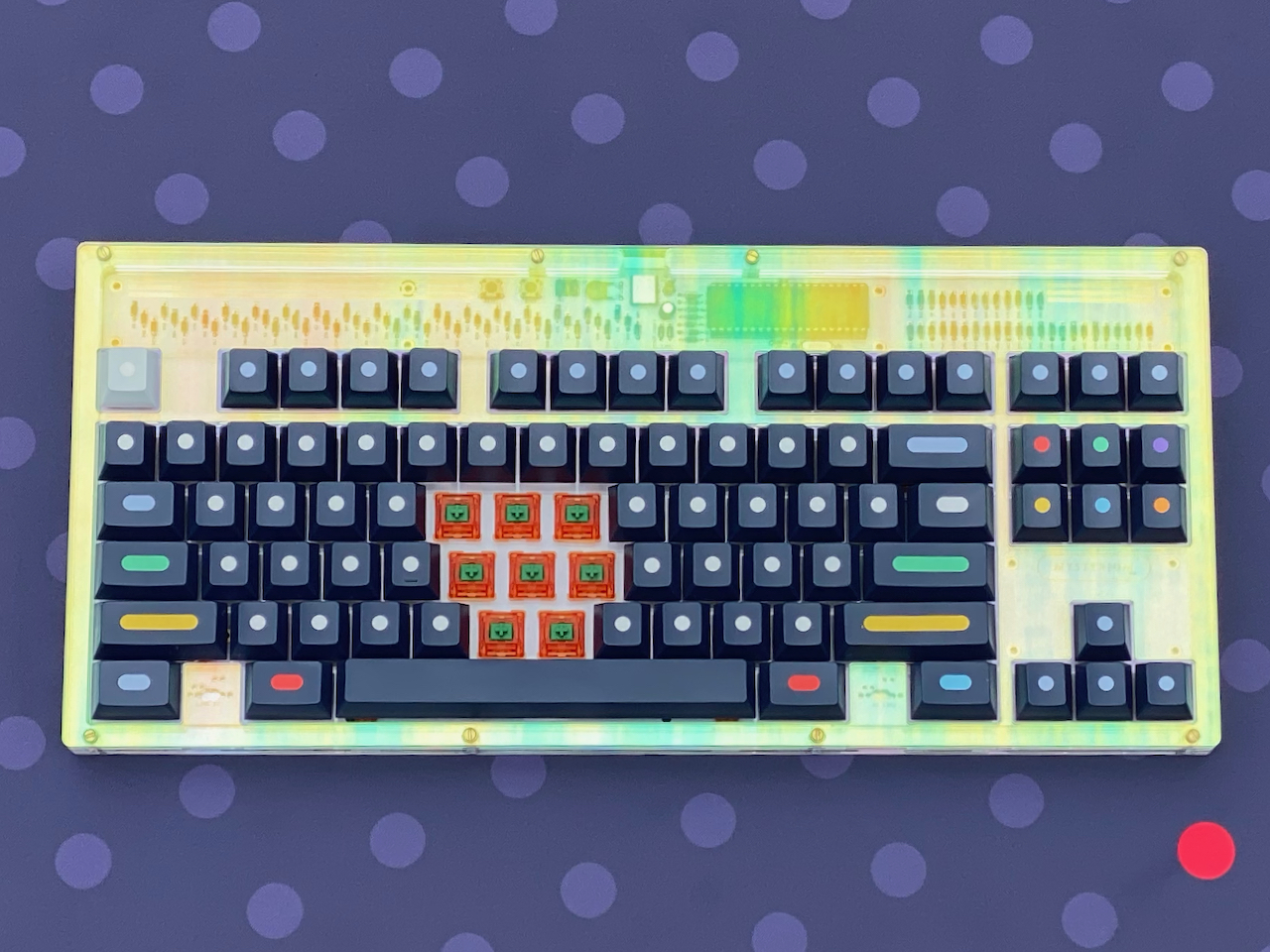 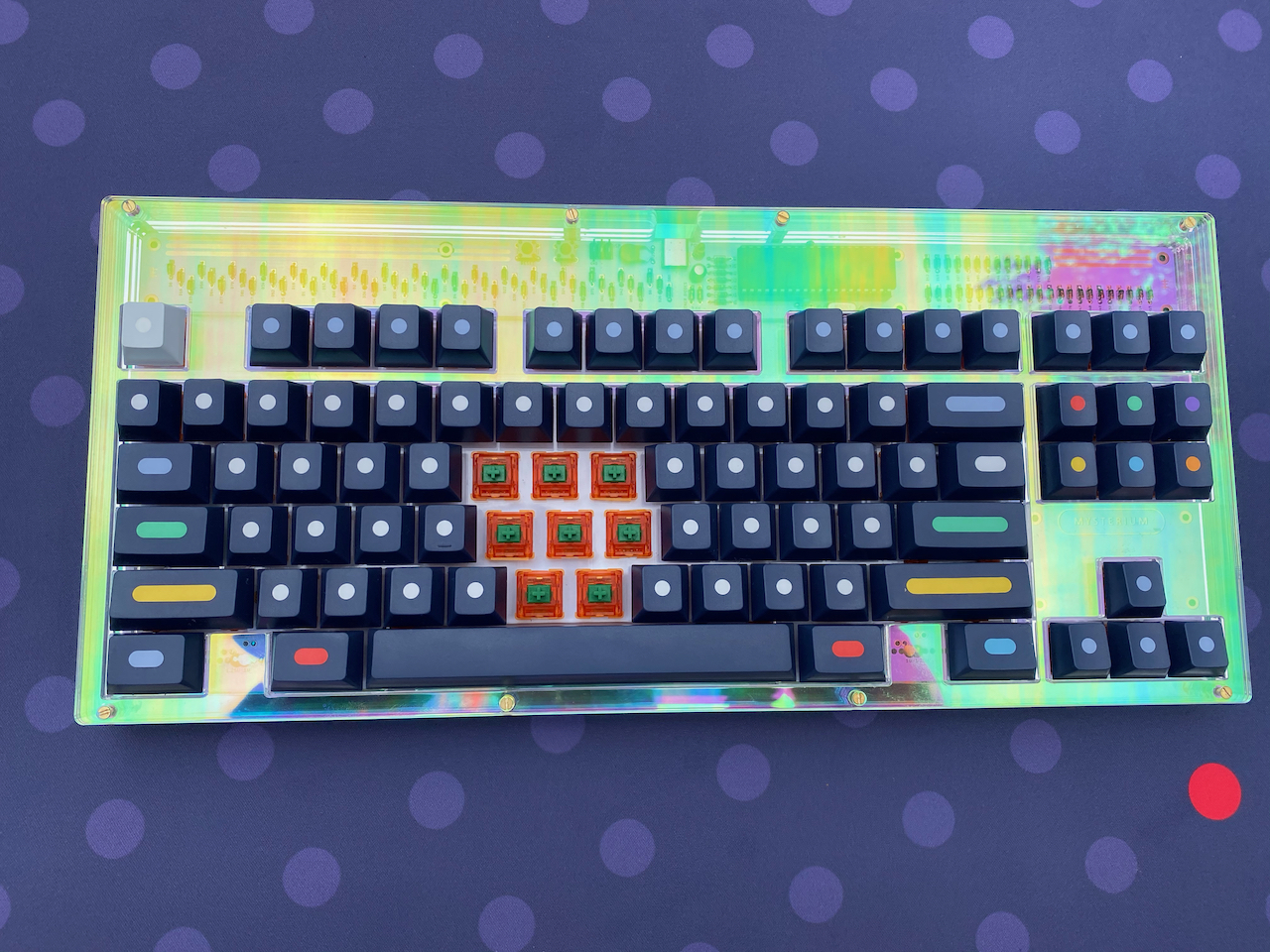 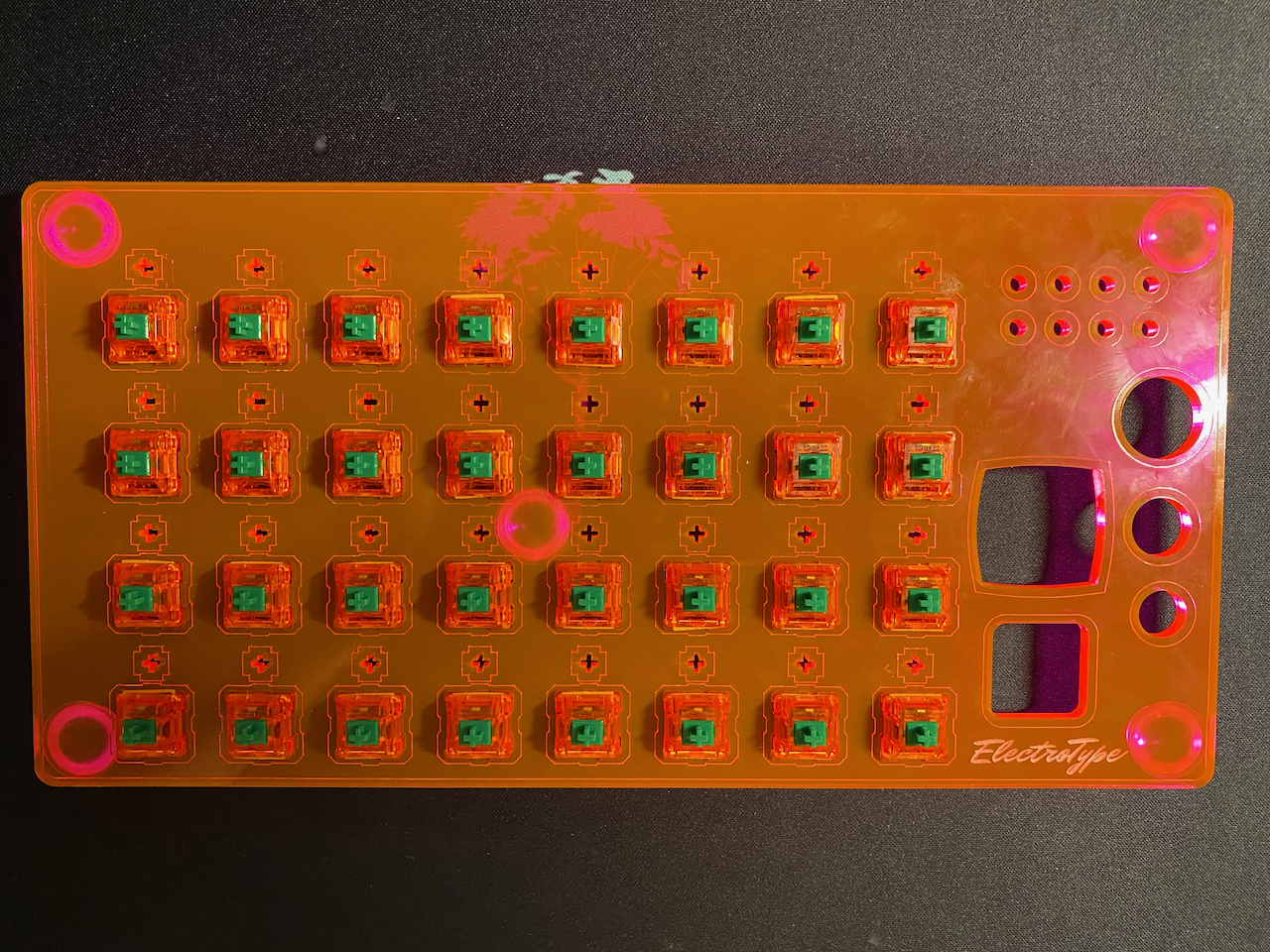 This is a red Switch Couture Lube Station, but kind of matches the orange switches 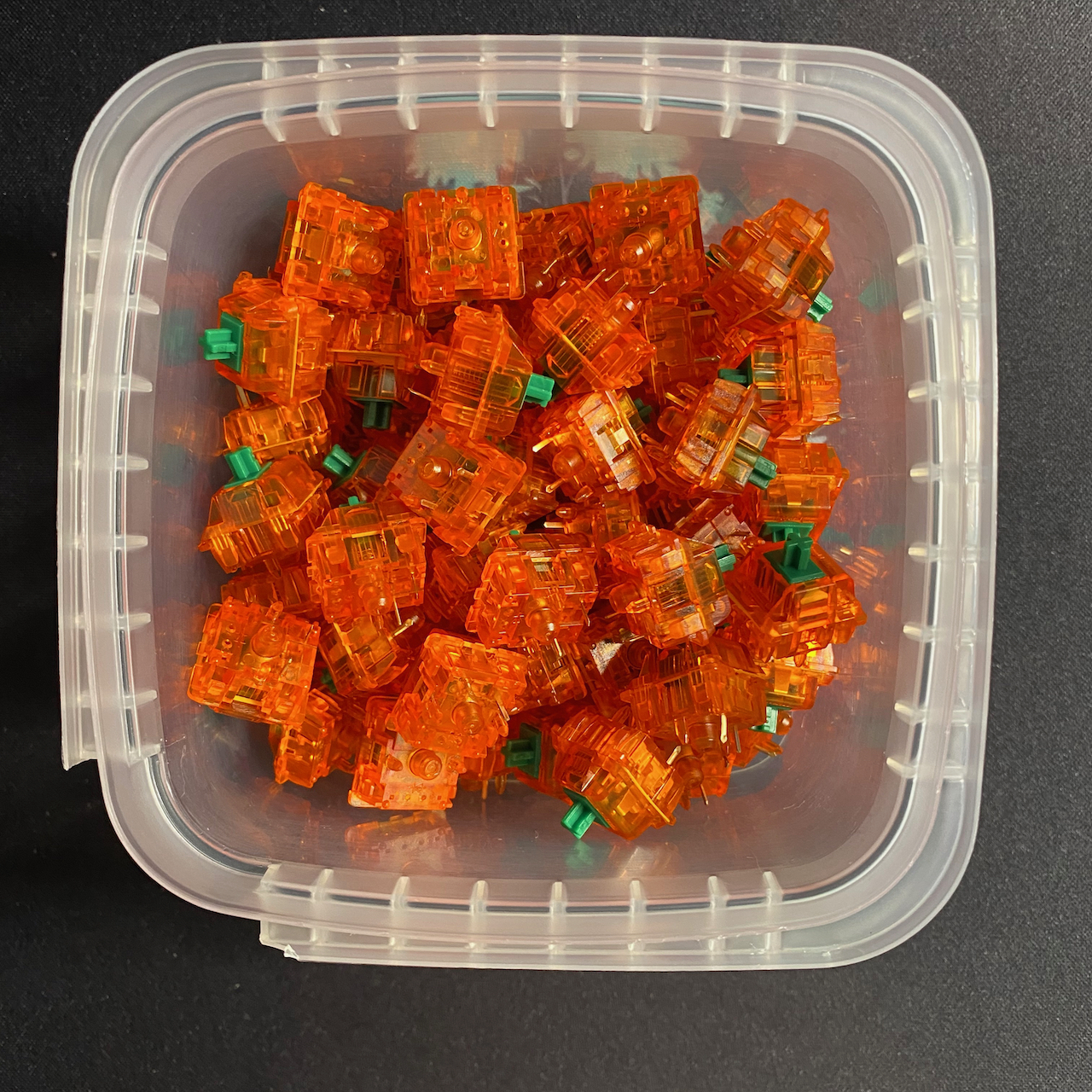 Tangerine Switches in their natural habitat 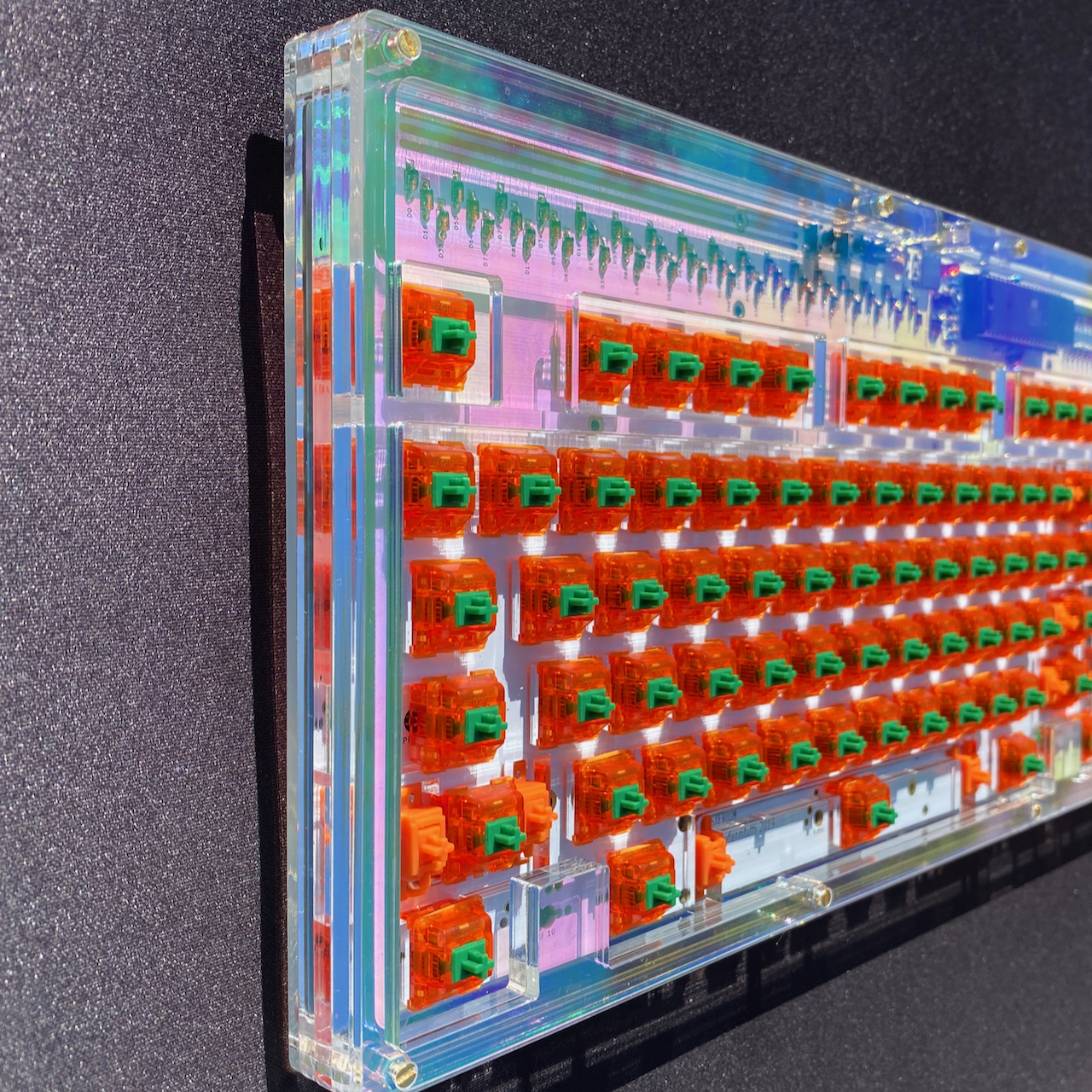 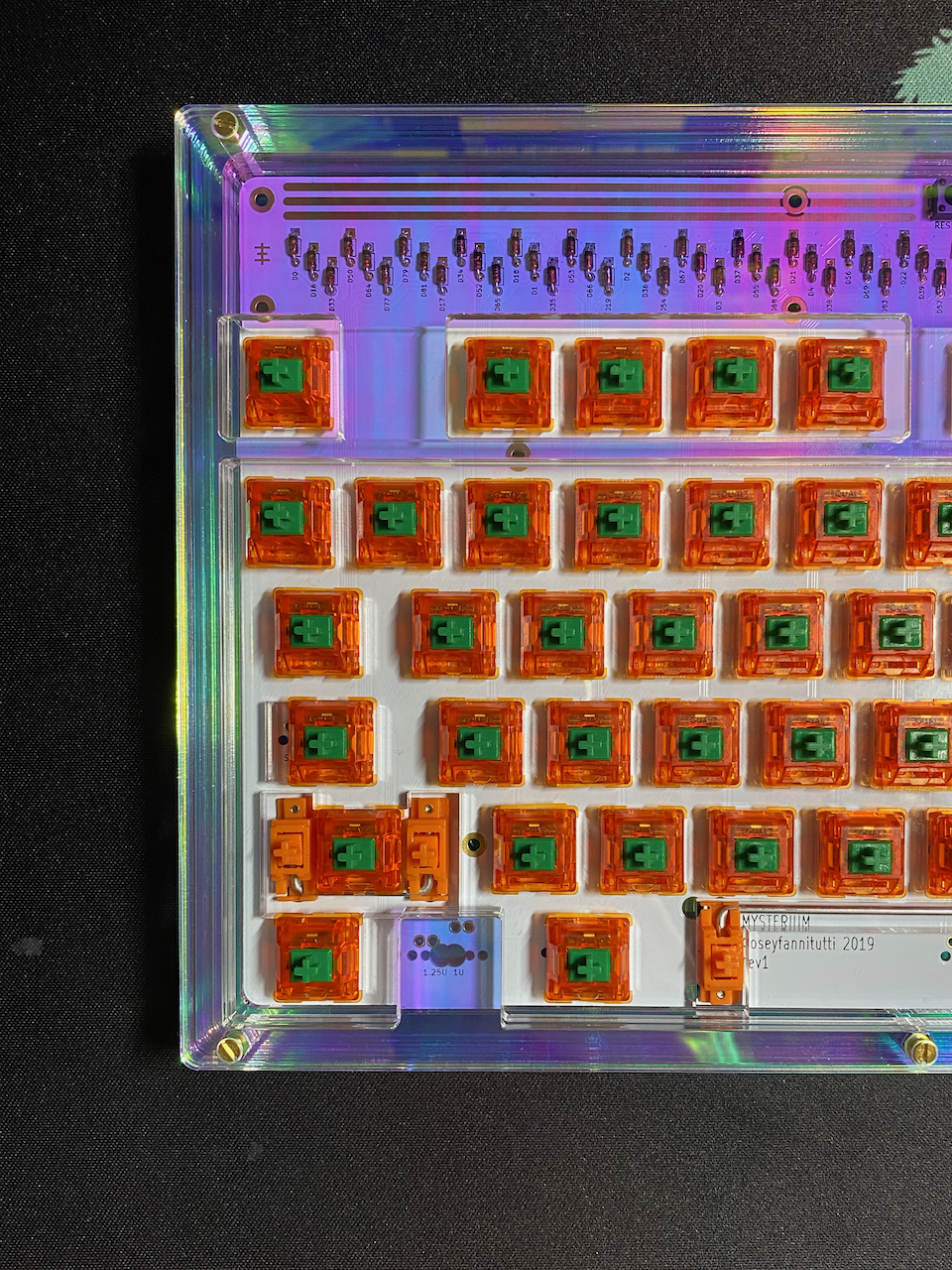 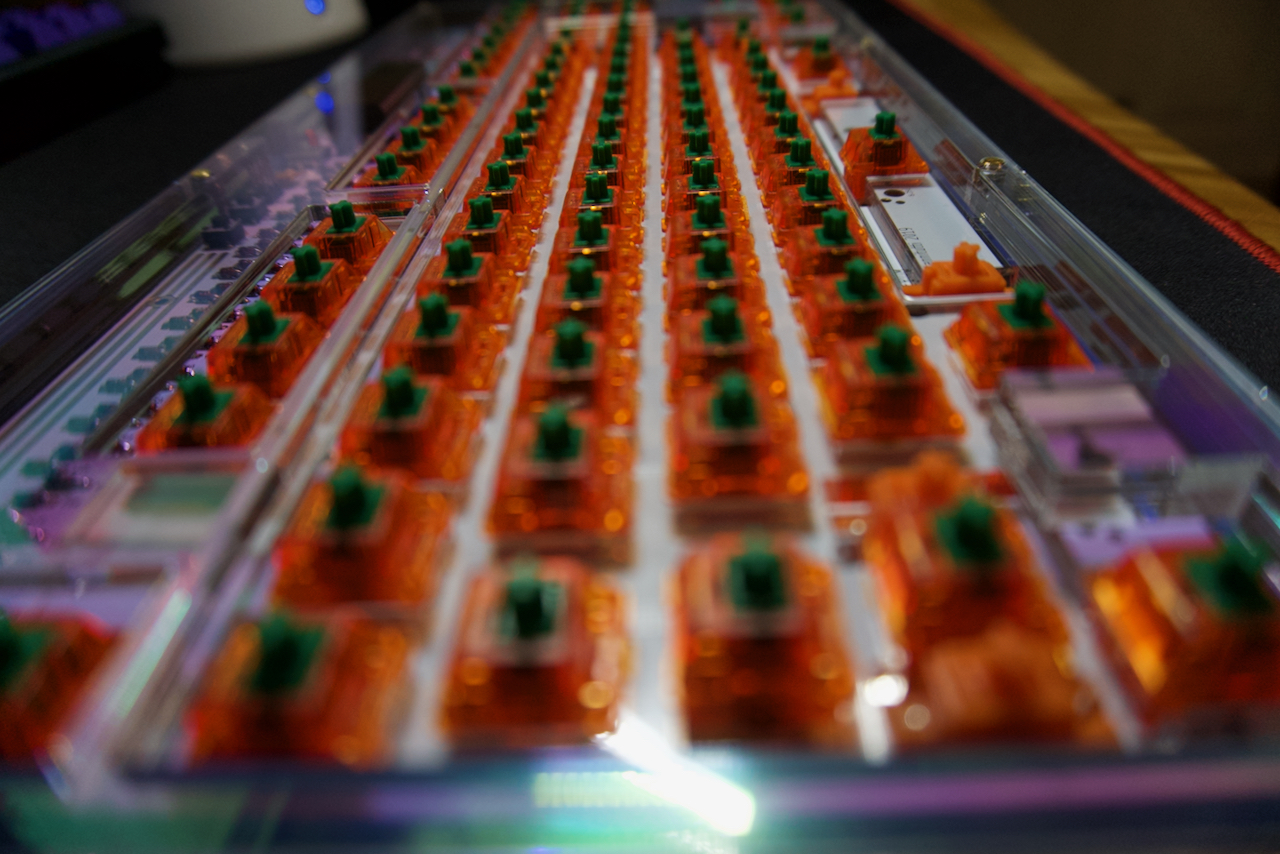 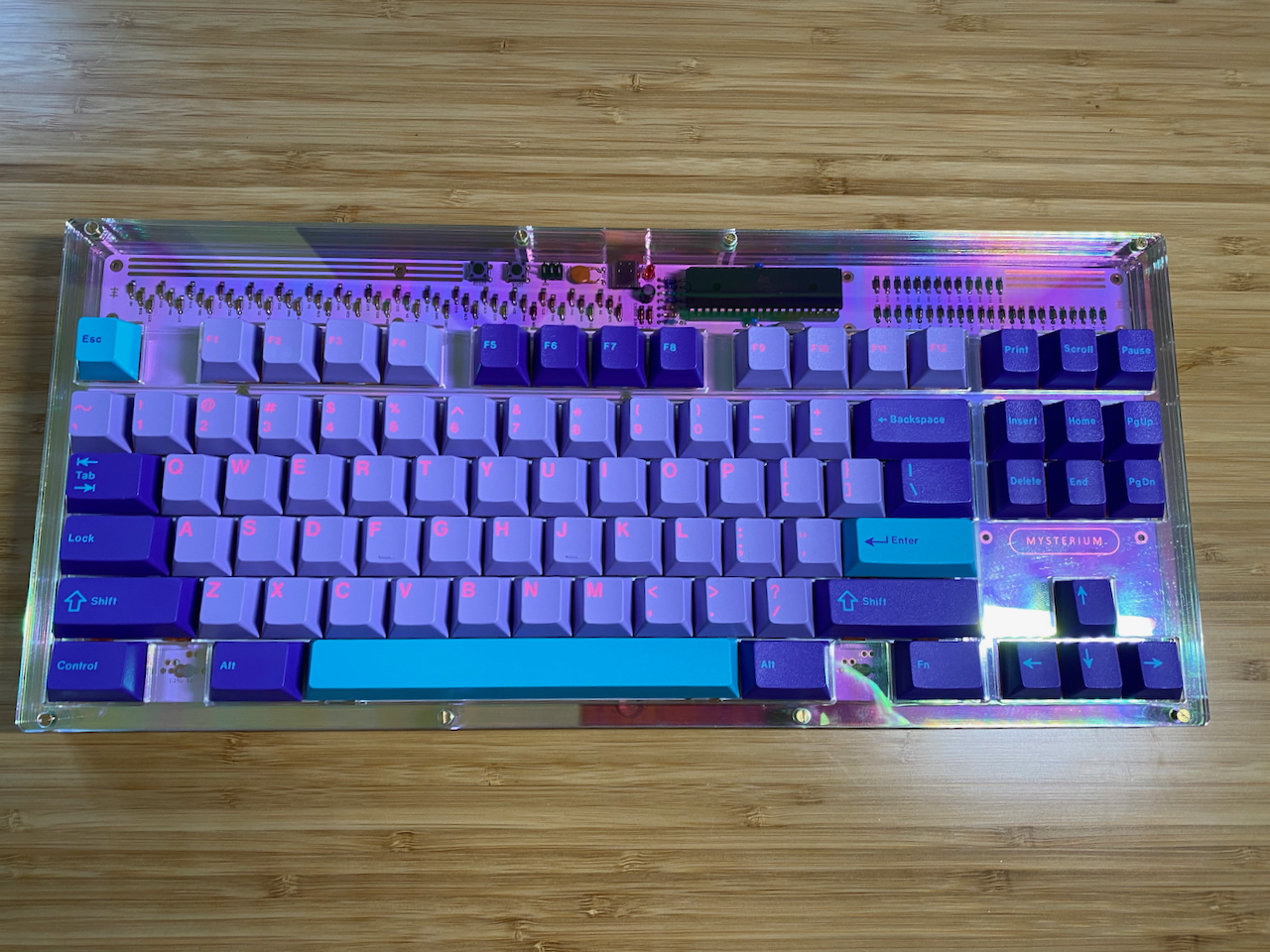 Vaporware - I could have lived with, but the darker GMK Dots fit better. 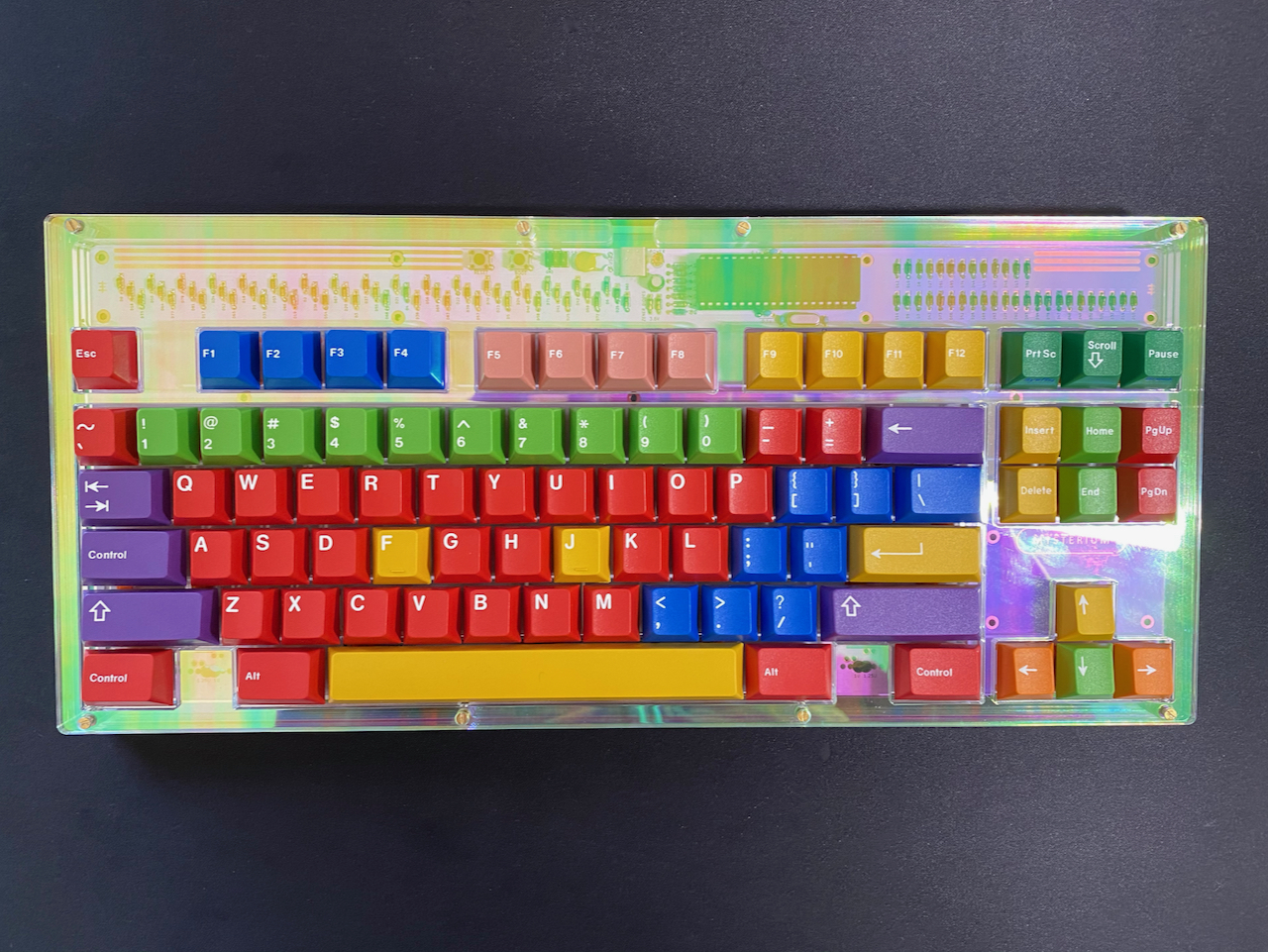 HANDAREBEIT+! - I was not a big fan of this 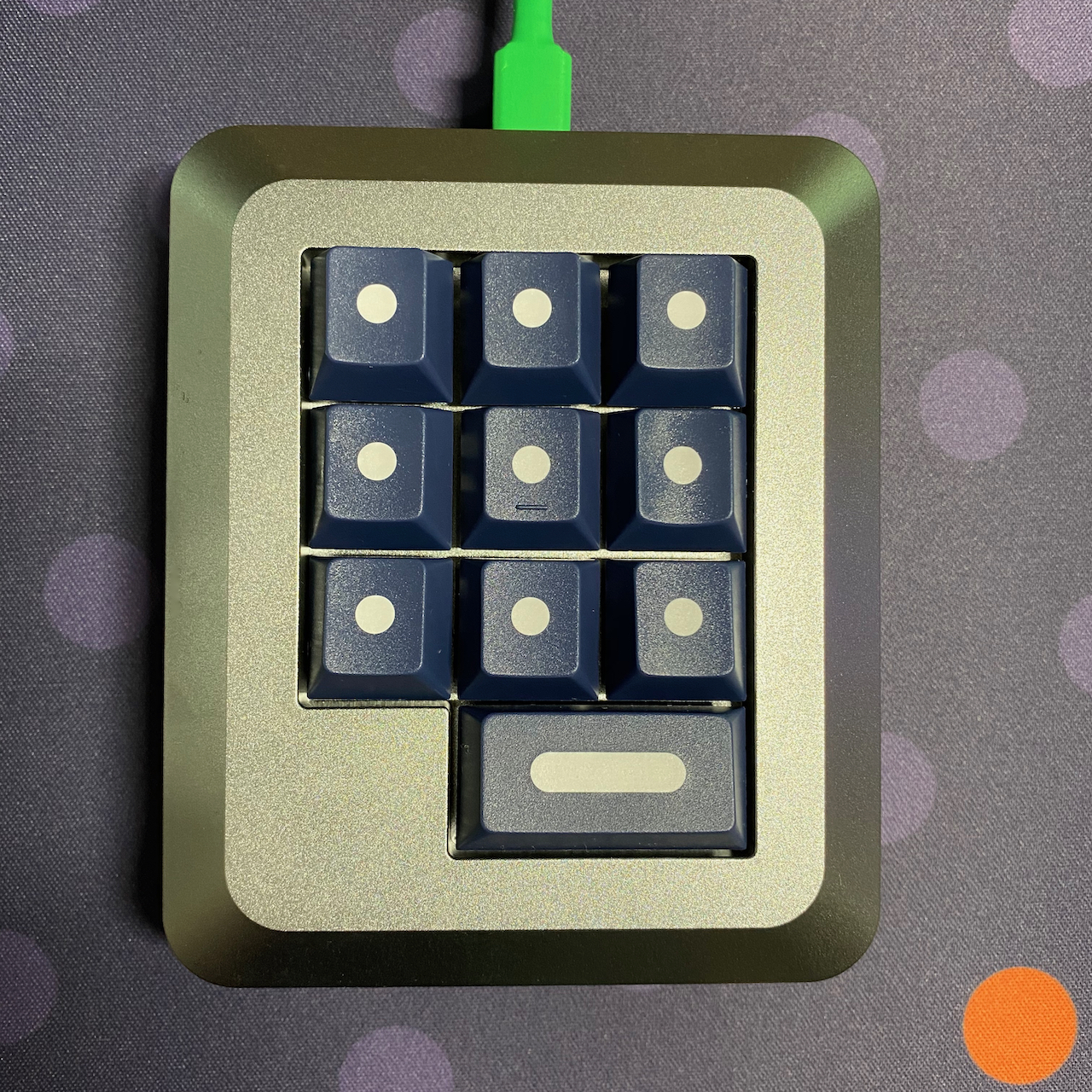 Even the M10 likes GMK Dots