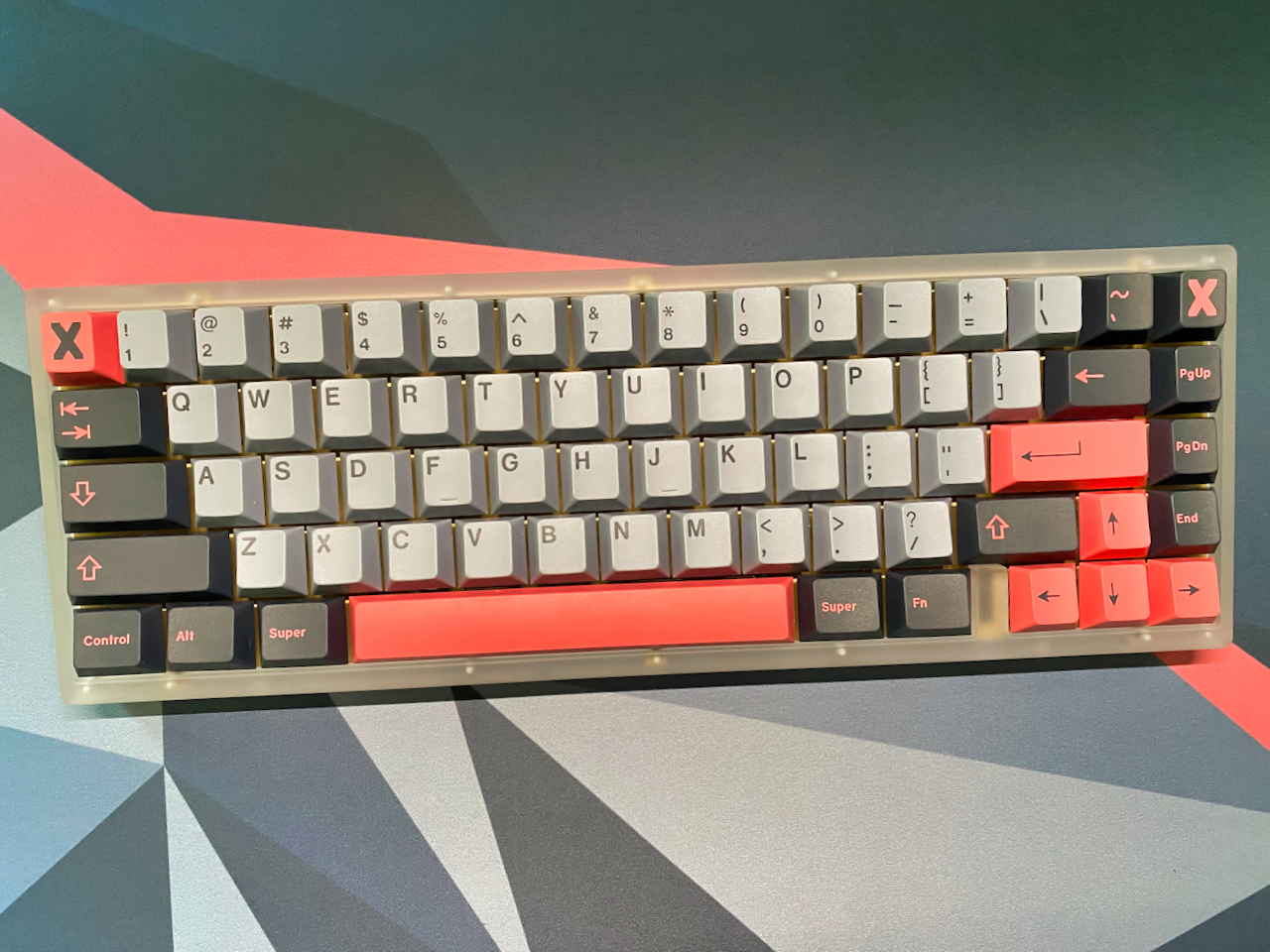 This build was a labor of love and some pain and misery. But in the end, I am quite pleased with how it turned out.

This build started a couple of days prior. I have had a Mira SE with a stainless steel plate that has been in a pre-build mode for a while. I wasn't sure what switches I wanted to use with it, and I did not have a QMK compatible PCB.

Someone on r/mm was kind enough[1] to sell me a spare h87a, so it was time to move onto the switches.

I had 90 Holy Pandas sitting around, waiting for a good project. I thought about using them but then decided to go bigger....and make some Zykos.

Zykos are a frankenswitch (created by Chewy of MechsOnDeck) made with the bottom housing of a Zealios, the top of a YOK, and a halo stem (your preference on spring). Since I had the Holy Panda's on hand, I decided to order some 78g Zealios and build me some Zykos.

I had heard many horror stories about things going wrong with both building the Zykos and then installing them in a PCB. Despite this, I had zero issues making the switches (beginner's luck).

With the switches assembled[2] (and lubed), it was time to start the build. I added the stabilizers to the PCB and grabbed the stainless steel plate. Then everything came to a crashing halt. The tolerances for the stainless steel plate were super tight (or perhaps the Zealios bottoms were slightly out of spec). It took quite a bit to get the first couple of switches in, and I started to get concerned about properly installing the switches in the middle of the plate. Also, I only have 90 Zykos and would need 88 to complete the Mira build. I started to get concerned I would end up short a couple of switches and decided it was best to go in a different direction.

As luck would have it, I had a Polycarbonate KBD67 MKII and brass plate arriving the next day. This felt like a good fallback option for the Zykos. In my mind, the brass plate and polycarbonate would play nicely with Zykos.

Unfortunately, similar to the stainless steel plate, the brass plate's tolerances were tight as well. How tight you ask? They were tight enough to destroy a switch or two, break the nail on my right thumb, and cause blood to ooze from my left thumb.

Knowing I needed 68 Zykos to complete the build and had 90 available gave me some solace. In the end, only two Zykos were damaged beyond repair, which was related to needing to remove a couple of them.

In an effort not to destroy the pins while trying to get the switches in the plate and PCB, I installed most of the switches into the plate and then carefully aligned the PCB afterward. Aligning all the pins was a huge PITA. In hindsight, I probably should have done 10 or 15 this way. But in the end, I got them all lined up, fixed a bent pin (or two), and soldered it up and was ready to go.

I put on some keycaps and, at the last second, decided to swap the spacebar. This was when things went to hell a second time. Do to all of my handling and moving around during the alignment, the spacebar wire popped out. It must have been hanging on by a thread, and once I pulled the spacebar off, it also came out.

Knowing how tight all the switches were, I was not eager to desolder the entire PCB and getting tools between the plate and PCB was not possible. Thankfully, after a couple of minutes of trying, I could see that if I removed the spacebar switch and a couple behind it, it would open things up. I was able to wrap a bit of solder wire around the stabilizer bar, then pulled it into the stabilizer and clicked it in. 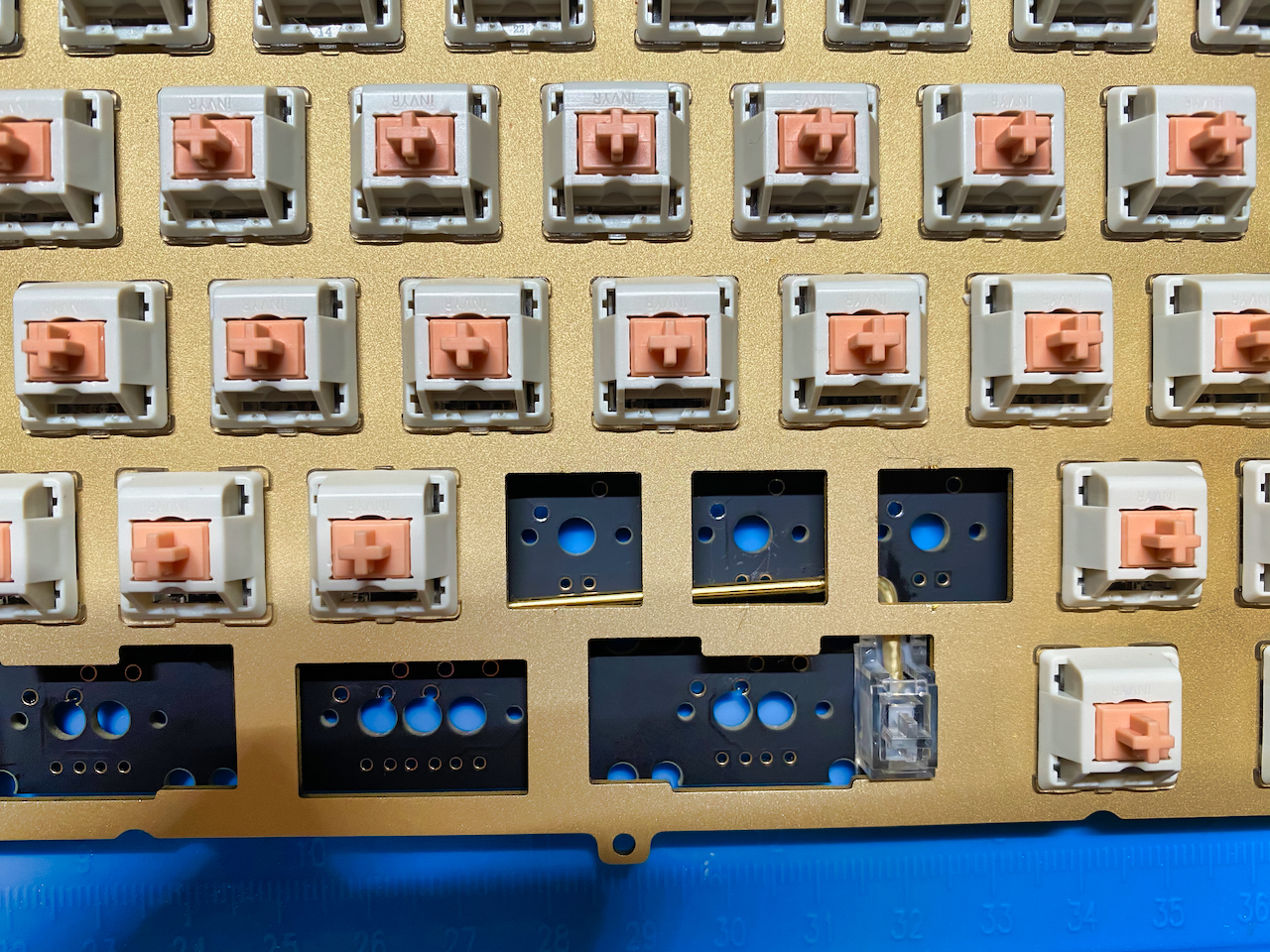 This is my first polycarbonate build. Once complete, I immediately regretted not grabbing the Klippe PC and getting in on the Rutika GB recently (really regret this one). The feel and sound from the polycarbonate are quite lovely. I am usually not an RGB fan (and this PCB has none), but the polycarbonate has heft and enough clarity to make it worthwhile.

I was not aware of when I purchased this board because the bottom row has limited layout options. This is a good thing[3]. However, I had blindly assumed there would be a 7U option, which sadly, there is not. The only options on the bottom row are 6.25U spacebar or split spacebar.

Other than that, I have no real issues. The KBD676 MKII is a very nice board, especially for the price.

The Zykos are very aggressive. After listening to some sound profiles, I wanted to tone down the spacebar a bit. I recently caught one Langlandia's Iron165 builds (rubbing two of them right in my mug) and noticed he was using a silent switch on the spacebar. I typically use a 98g spring on the spacebar to tone things down a bit, but I decided to give a silent Healio a try. I am not sure I will do this all the time, but for the Zykos + brass plate, I think it is a win. 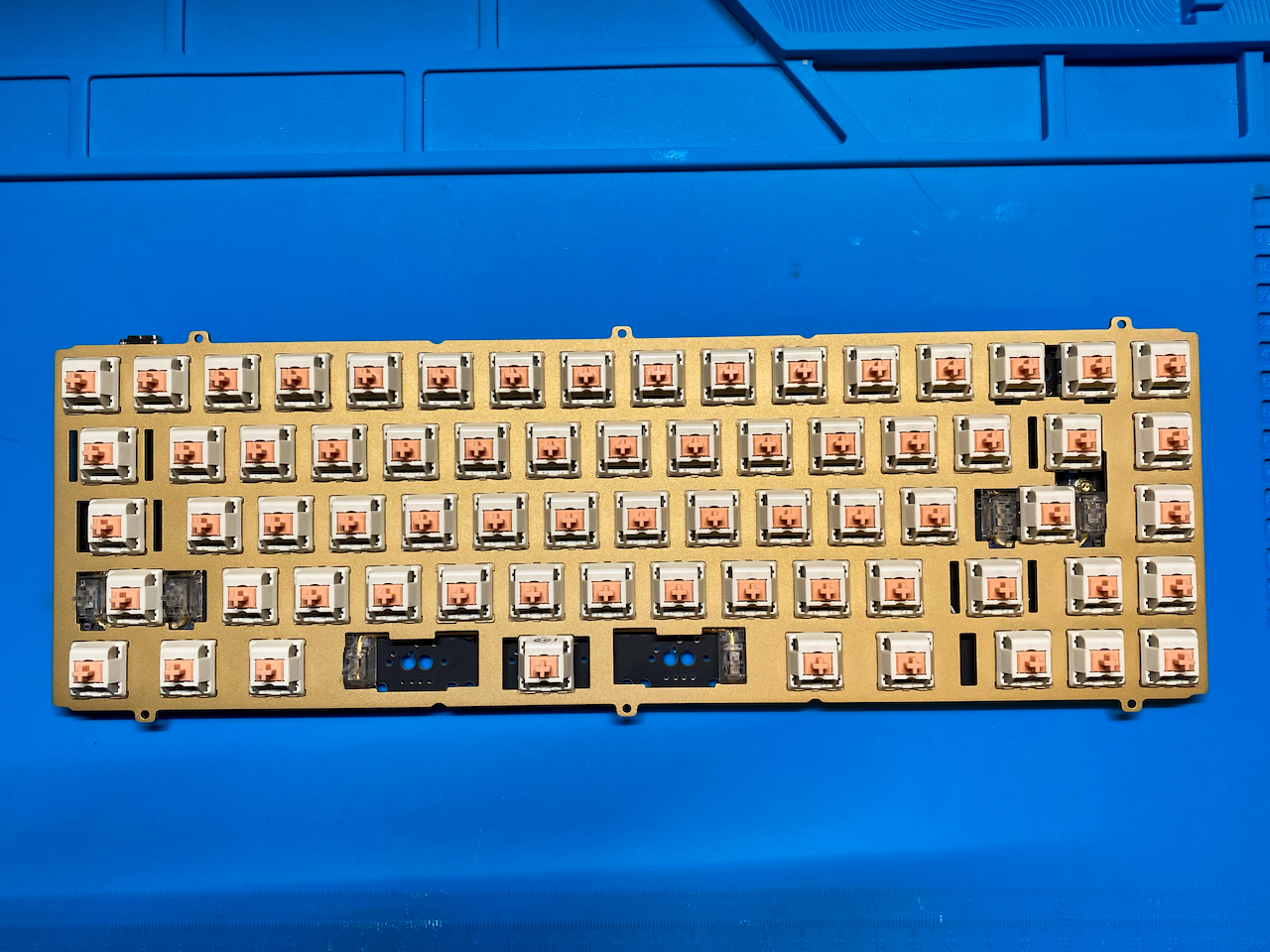 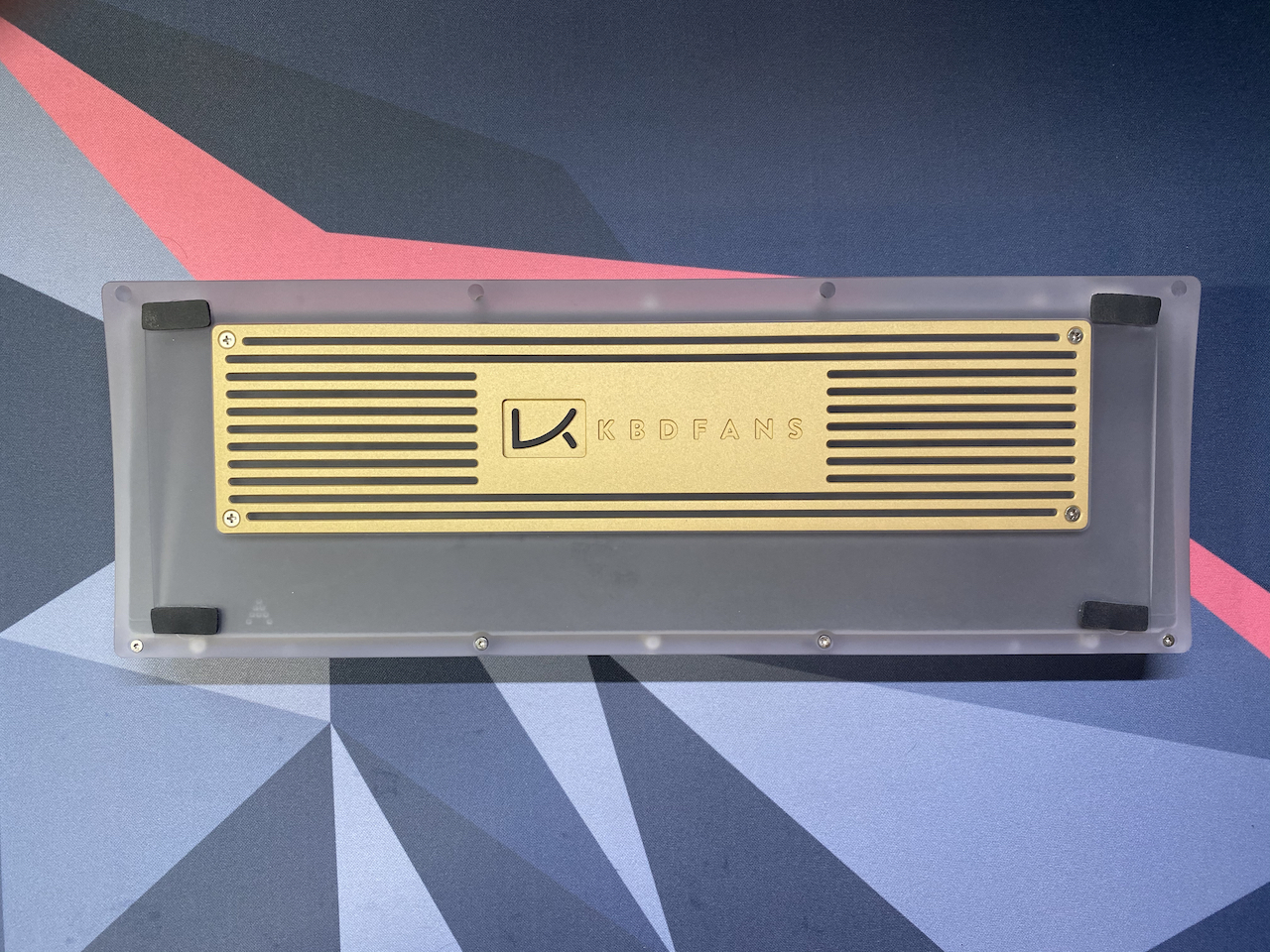 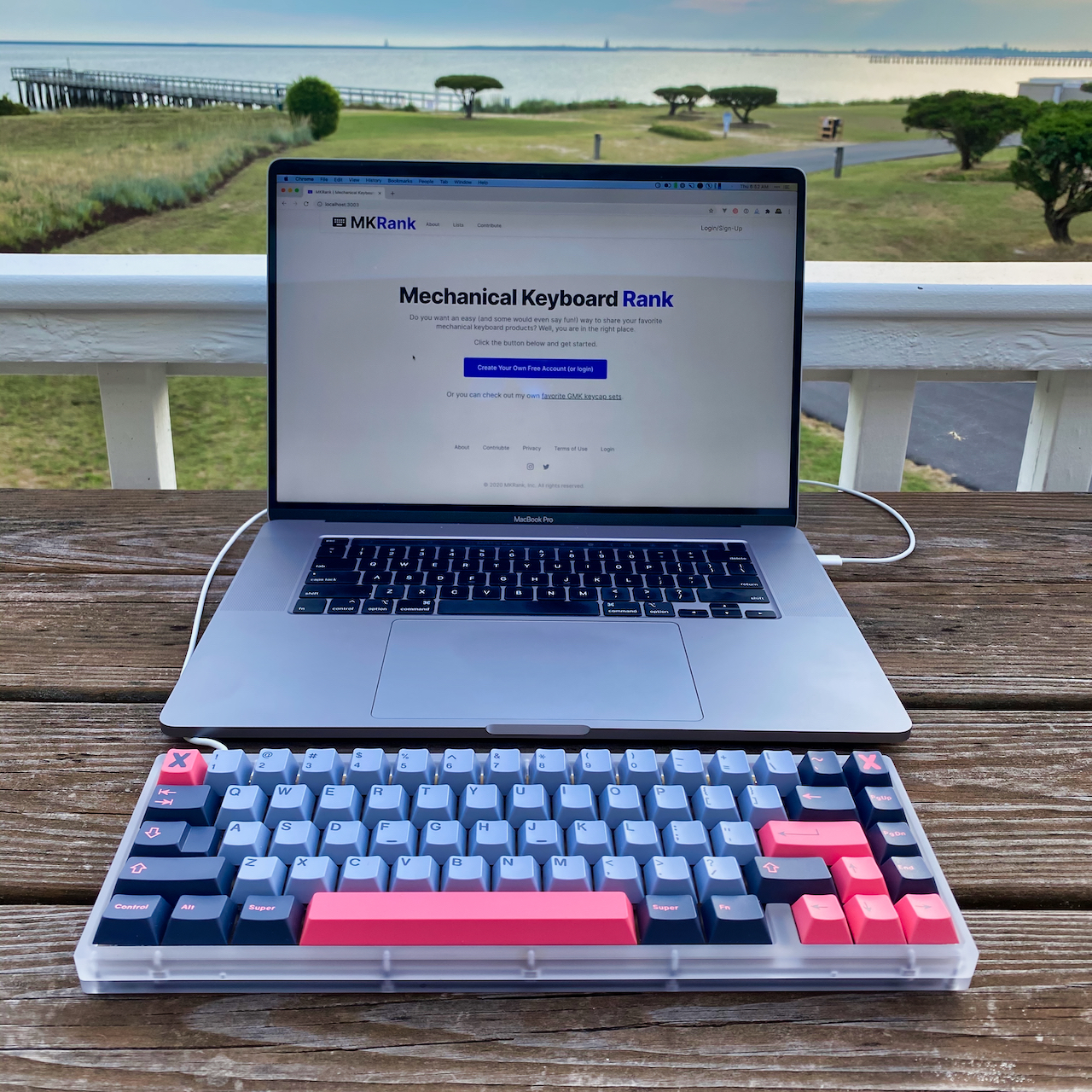 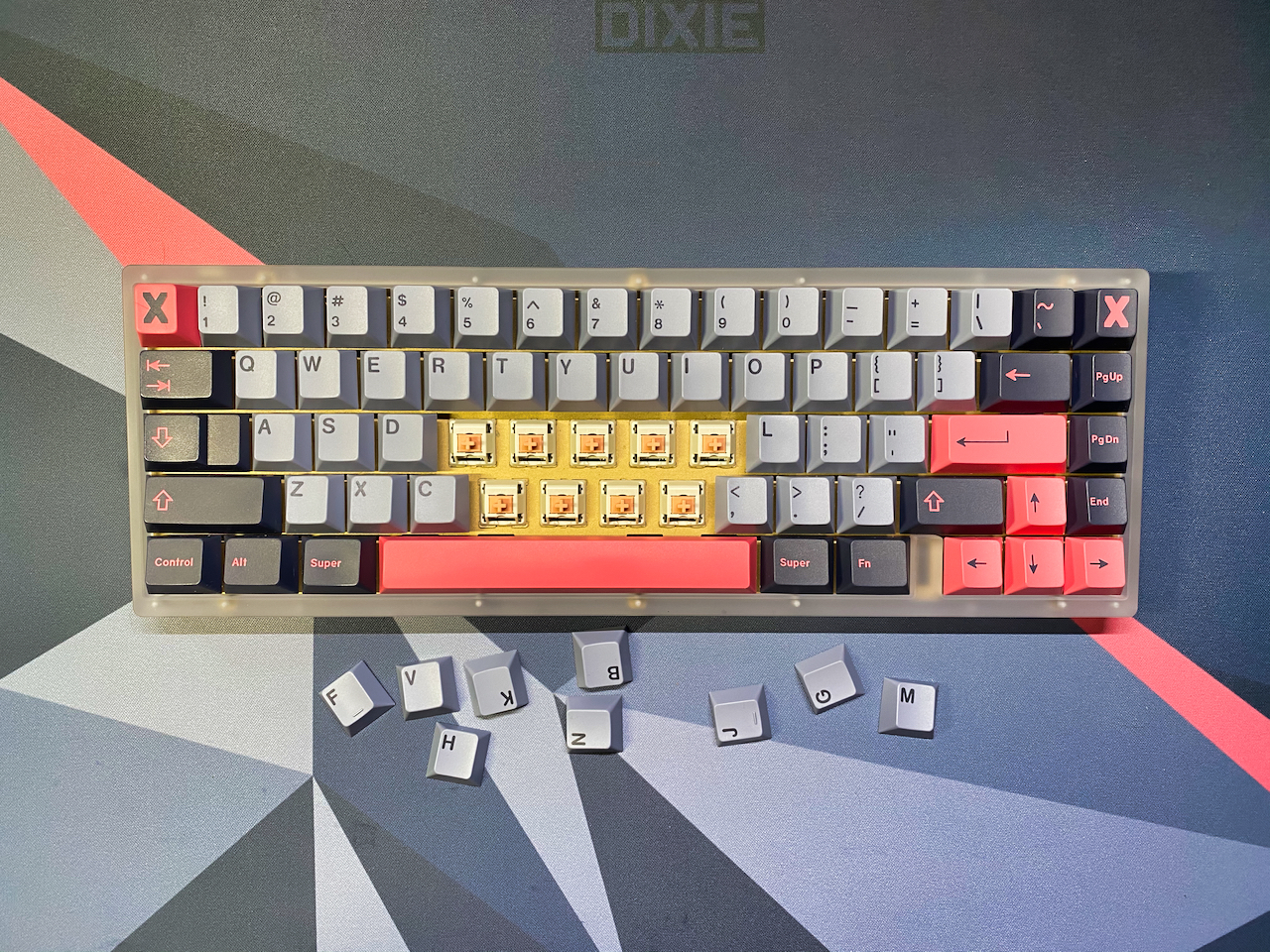 Proof I did I not change my mind 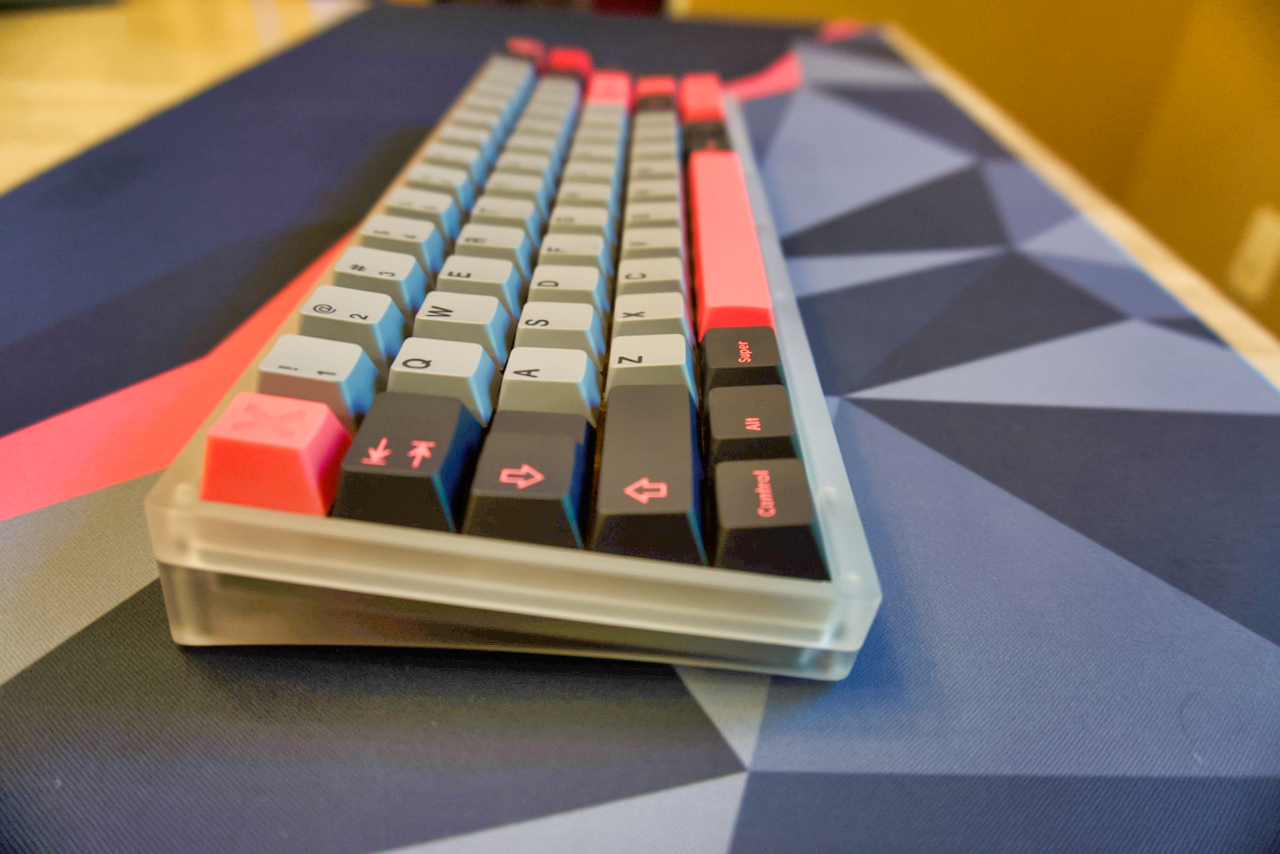 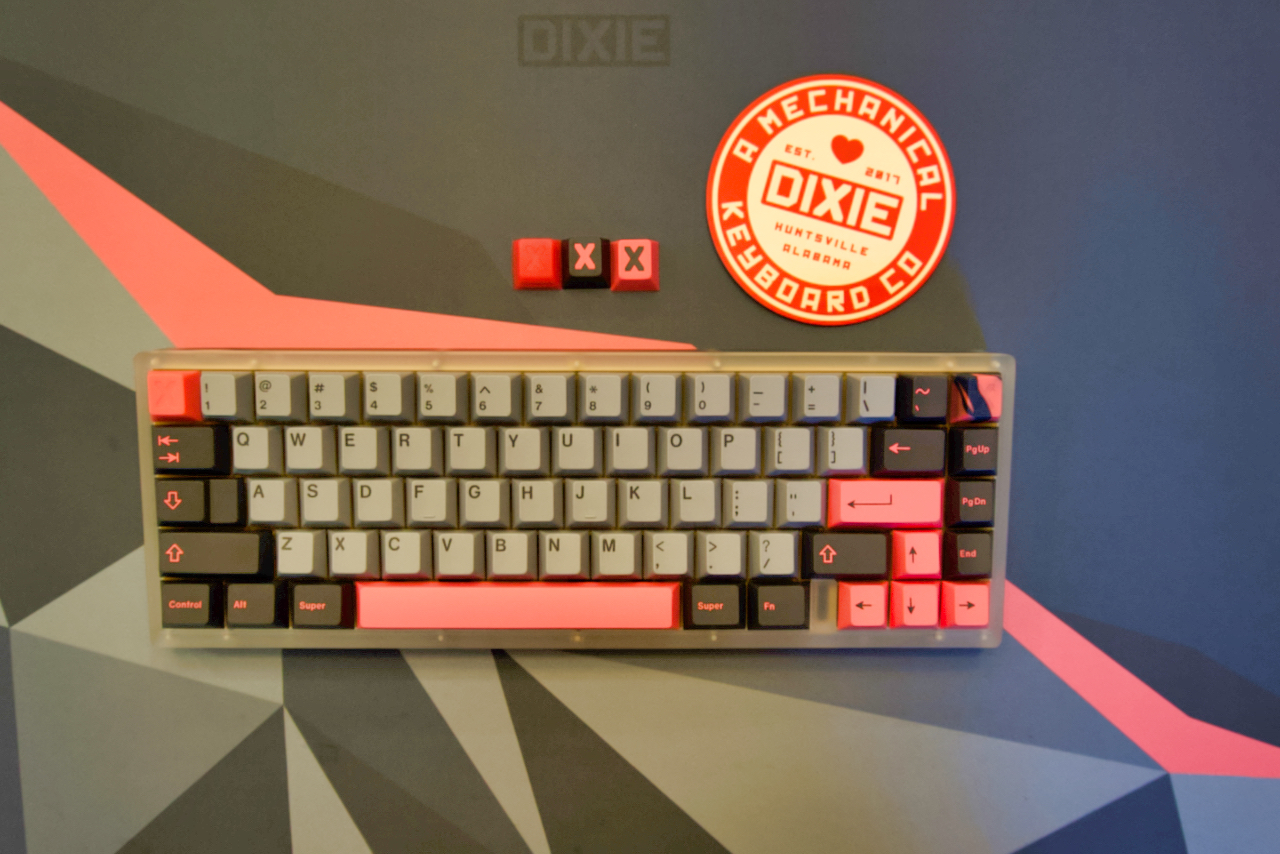 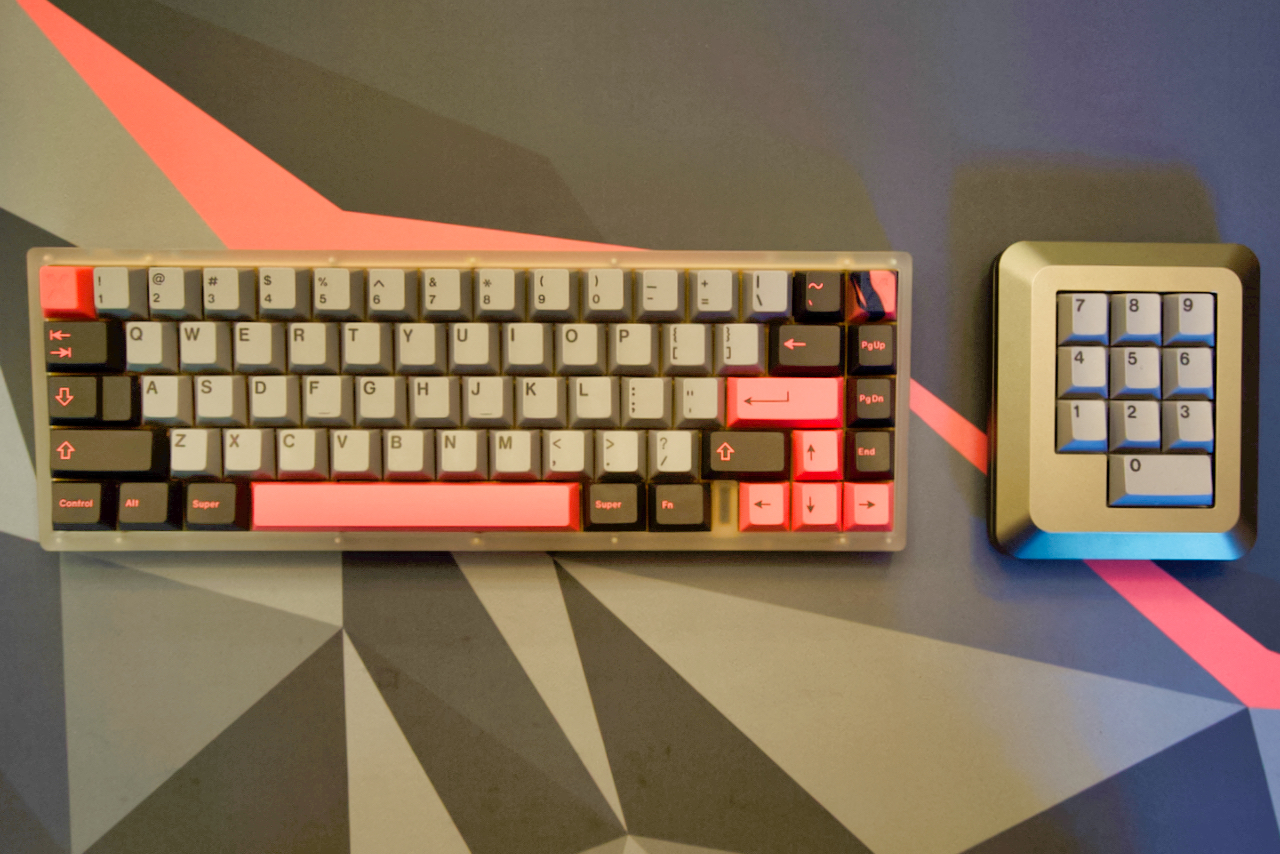