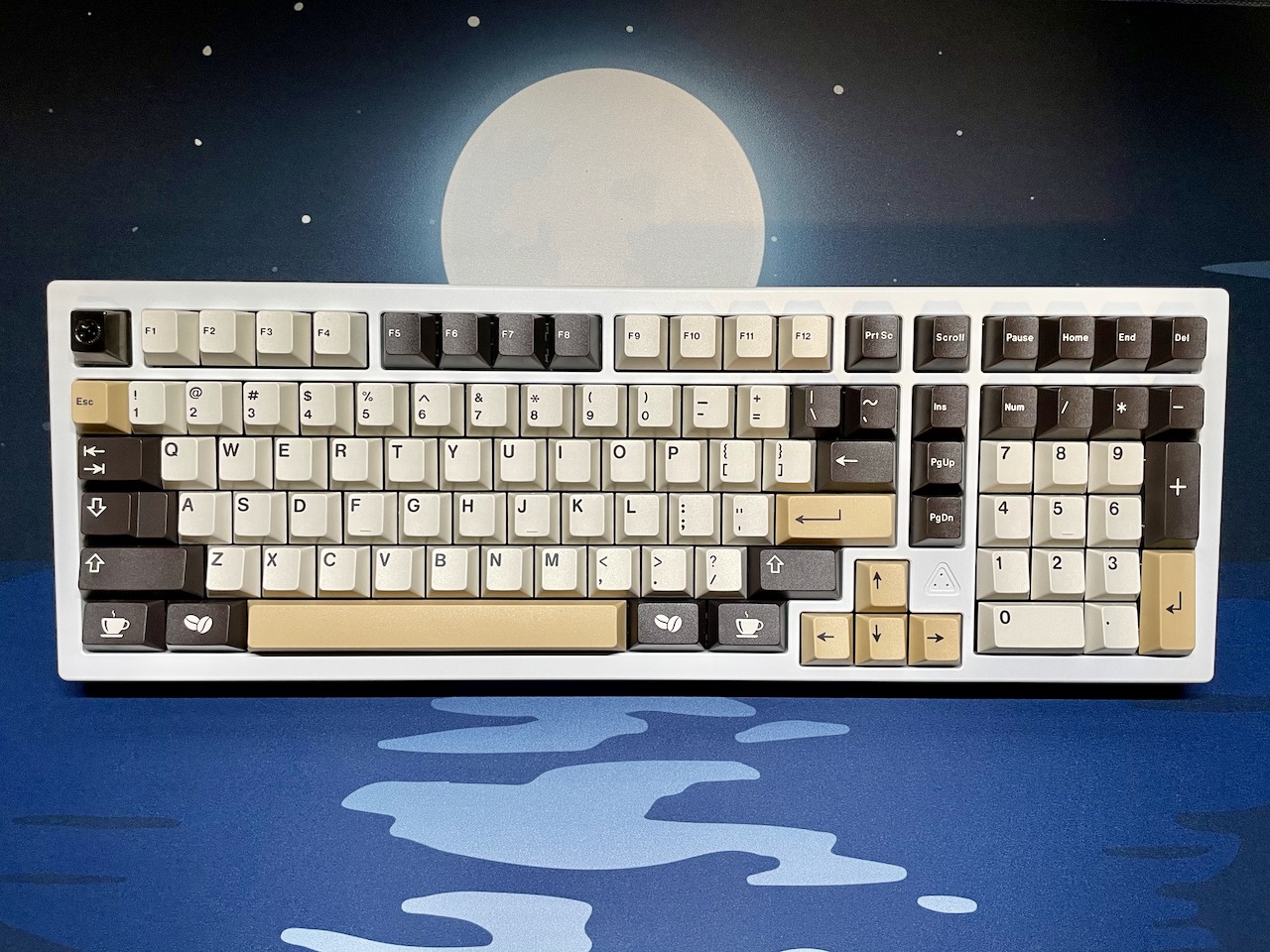 The Austin is a compact full-size keyboard by DriftingMechanics.

My primary use case for any keyboard is coding, so I do not have much use for a numpad, but I enjoy the aesthetics it brings.

The only other board with a similar layout I have used was the Rekt1800. The form, finish, and experience with the Austin is vastly superior, but that is to be expected at twice the price.

This is also my first time using the V2 (new molds) for the Alpacas. I did a little testing beforehand. Unlubed, the V2 Alpacas sound and feel much better than V1. However, once lubed, I had a hard time noticing any real differences.

I also went back to TX films (the thinner version). They are much easier, quicker, and less error-prone to install. However, they still do not close as nicely as the Deskeys.

I went with V2 Durocks. The V2s have an extra "lip" on the end to help ensure the wire does not come out. I had been debating purchasing them because I still have quite a few sets of V1 on hand. I have only had one wire pop with Durocks to date, and the build itself likely caused this.

But thinking more about it, desoldering[1] the Austin to fix a broken stab would be a lot of work. To seal the deal, a wire popped on the Key65 when I switched caps the other night. Too early to tell if the problem is fixed, but from a sound and feel perspective, the V2 are certainly not worse. Let's hope the update does the trick. 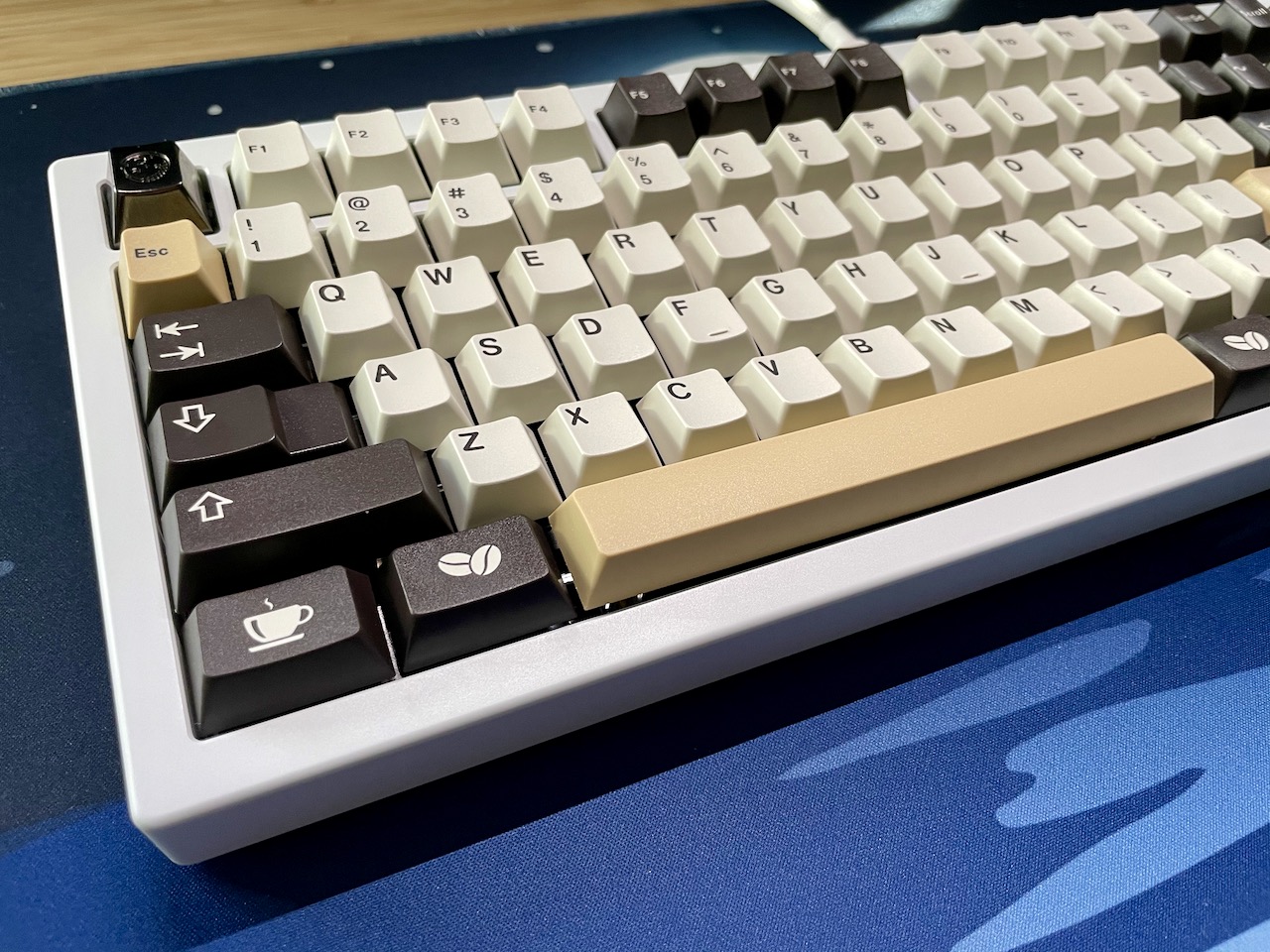 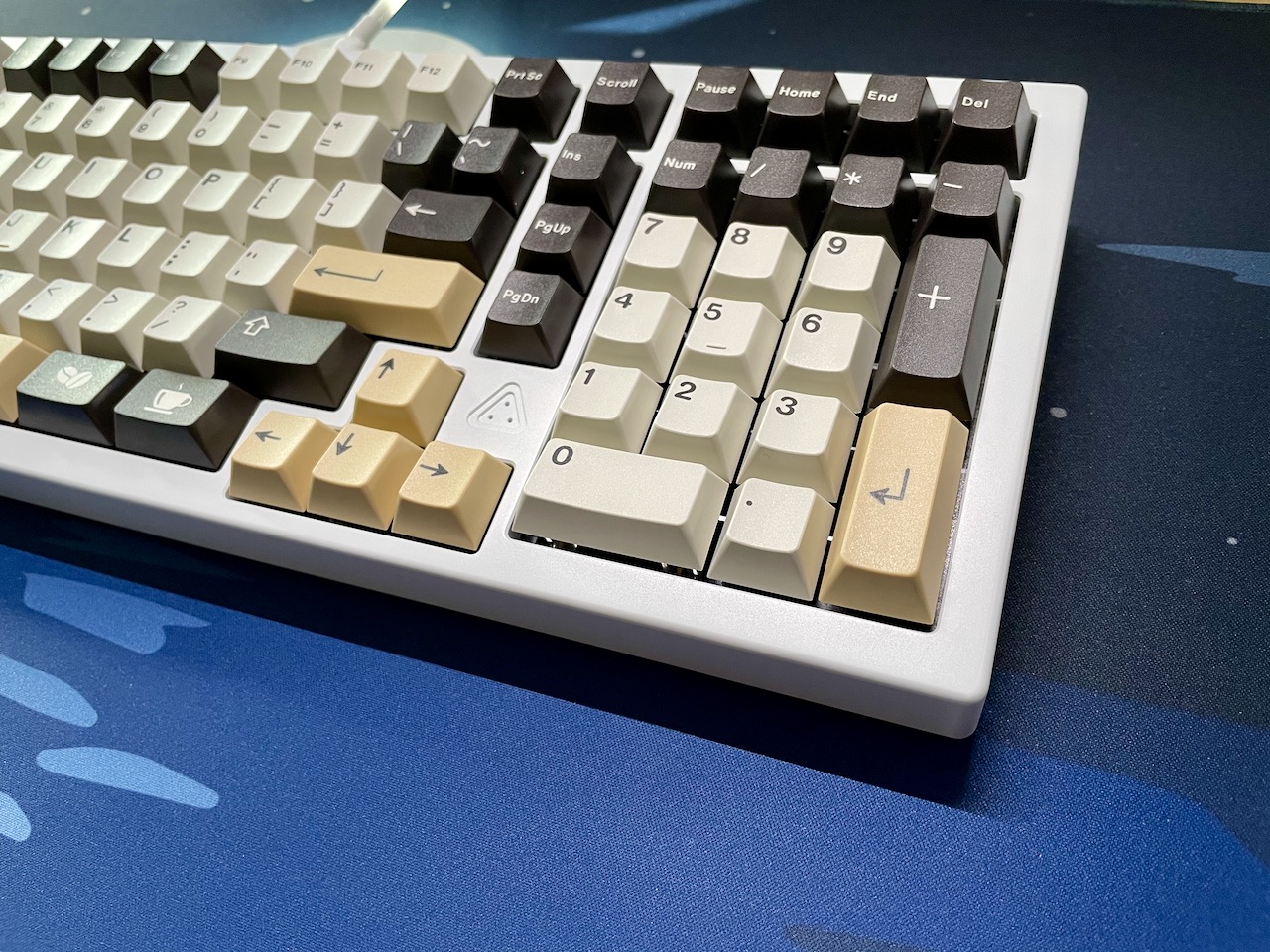 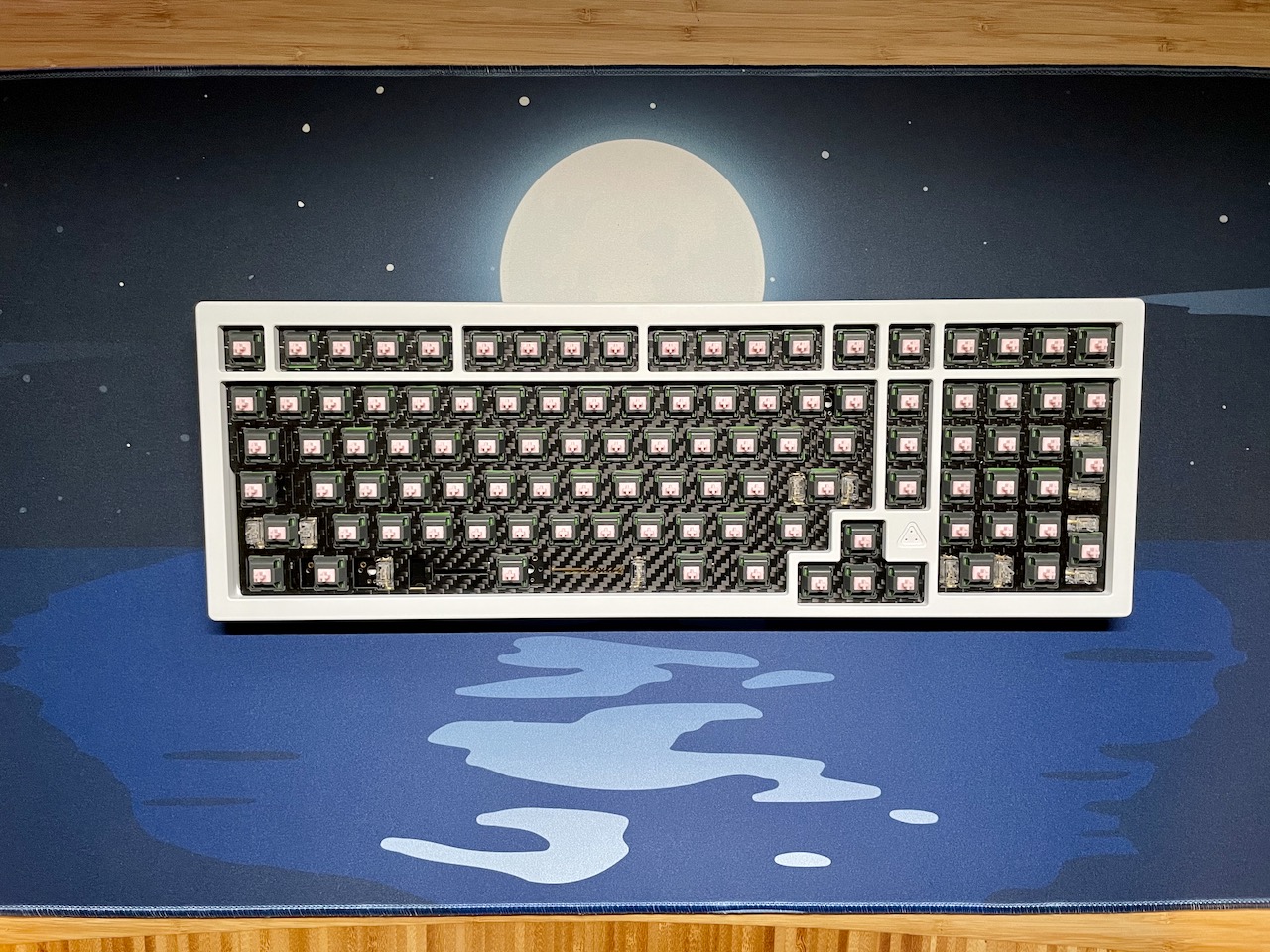 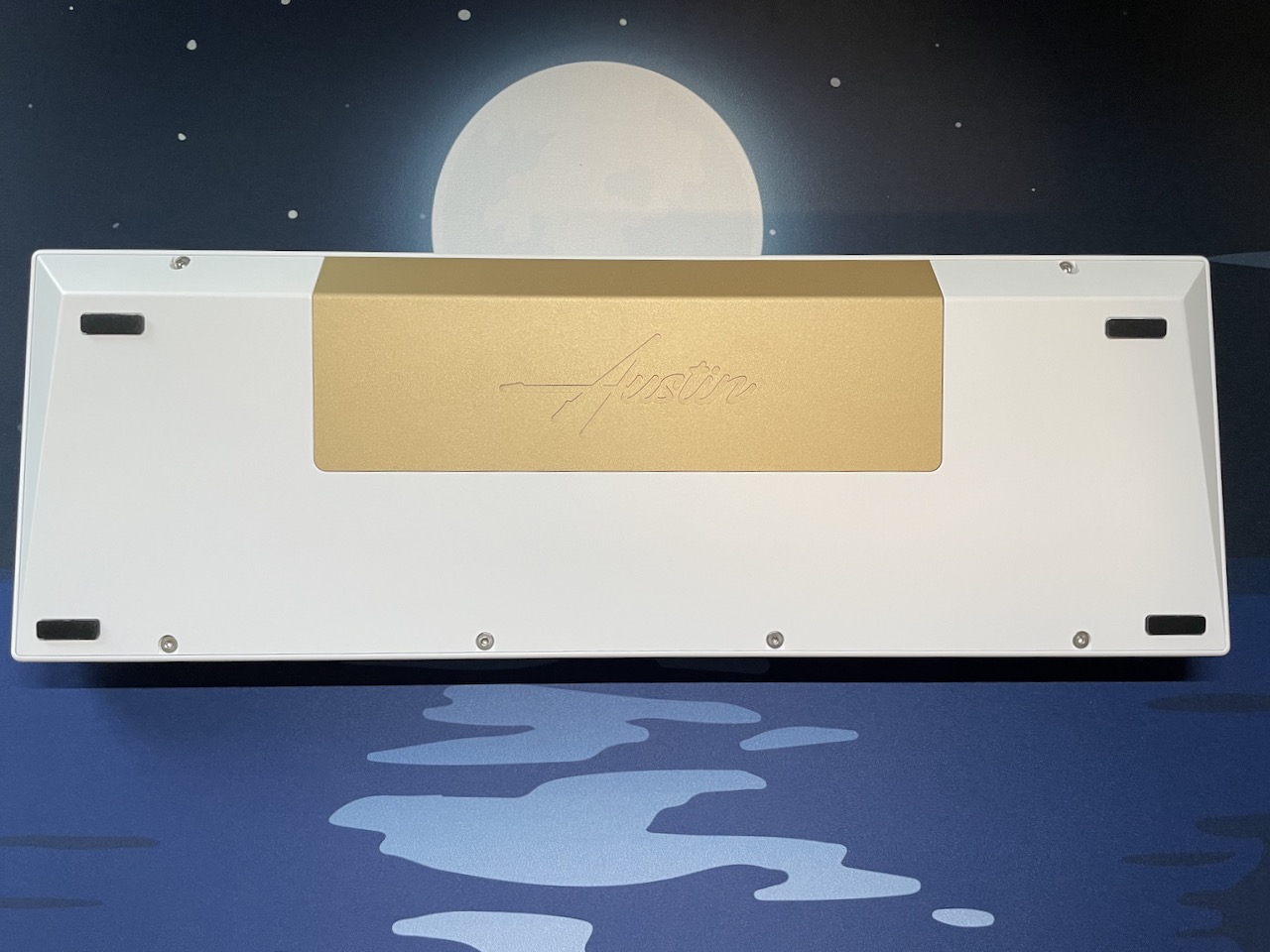