Update - April 4, 2020 When I first started looking for a mechanical keyboard I did not understand the number of options that are available. There is really no best. Just a starting place and your willingness to explore.

I recommend not thinking in term of Mac vs not-Mac when looking for a keyboard. Any decent mechanical keyboard will have options to remap keys. I ended up giving this board away and use a Rama M60-A as my daily keyboard (although I now own other boards as well).

Update - March 4, 2018 I had been going back and forth with WASD's support over the firmware issues. They assured me they would get it right and offered to cover the shipping to make it work.

In the end, I preferred the overall size and enjoy using a back lit keyboard. I decided to return all of the keyboards I purchased to Amazon and placed an order directly with WASD. It was a long 3 weeks or so back in the non-mechanical keyboard world, but I survived and I am now typing this update on the Code V3.

It is a great form factor and support on this level is rare. I definitely recommend giving them a try.

Also of interest, I decided to go with the Cherry MX Brown switches. I am still not 100% sure on this. I miss the clickiness of the MX Blue's, but quieter MX Browns are a bit better for early mornings when the rest of the family is sleeping.

I enjoyed using both the Das Keyboard and WASD Code V3. The smaller size and backlighting would have been enough to push the WASD ahead, but the roll out and Windows requirement of the V3 was too much to overlook.

In the end, I kept the Das Keyboard and returned the other two.

The models I tested

Sadly, there are not many "real" Mac choices for mechanical keyboards. Apple.com lists none. Most of what comes up on Amazon are 'retro' which is not the same a mechanical. Apple makes lion share of profits in the hardware space, but the number of units is still quite small.

Where I am coming from

I have been using a Logitech Bluetooth Easy-Switch (K811) for about four years now. In general, it has served me pretty well. Before that, I believe I was using an Apple Magic keyboard or similar. I honestly never gave much thought to it, but in general, I liked them to be small and out of the way.

With all the talk about how bad the keyboards are in the current line of MBPs, it got me thinking and researching keyboards more. The battery is the Logitech is starting to go, so it feels like a good time to take a step forward in quality.

Before you make a similar change be aware, once you type of something with real quality, going back to just your MacBooks' keyboard is very disappointing.

The Das Keyboard was the first one I ordered. When it arrived, I was shocked at how much larger (with width and height) it was than my current keyboard. I originally was going to go with the Das, but considering how different it was, I thought it would be a good idea to see what else was available before committing. 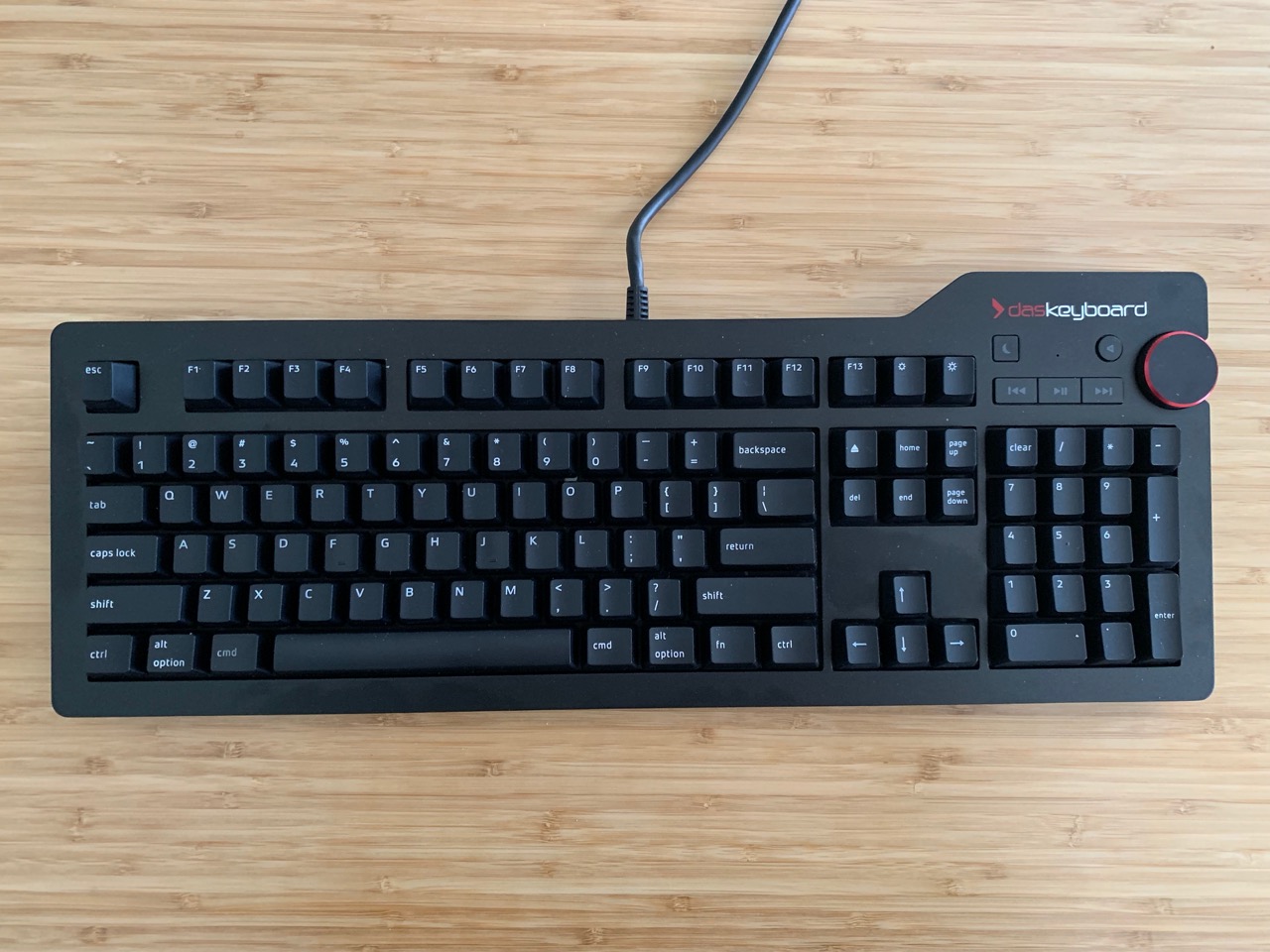 What I liked about the Das Keyboard:

What I do not like about the Das Keyboard:

Matias recently shipped a "mini" version of their Tactile keyboard. I fully expected this would address my issues with the Das Keyboard and had high hopes. 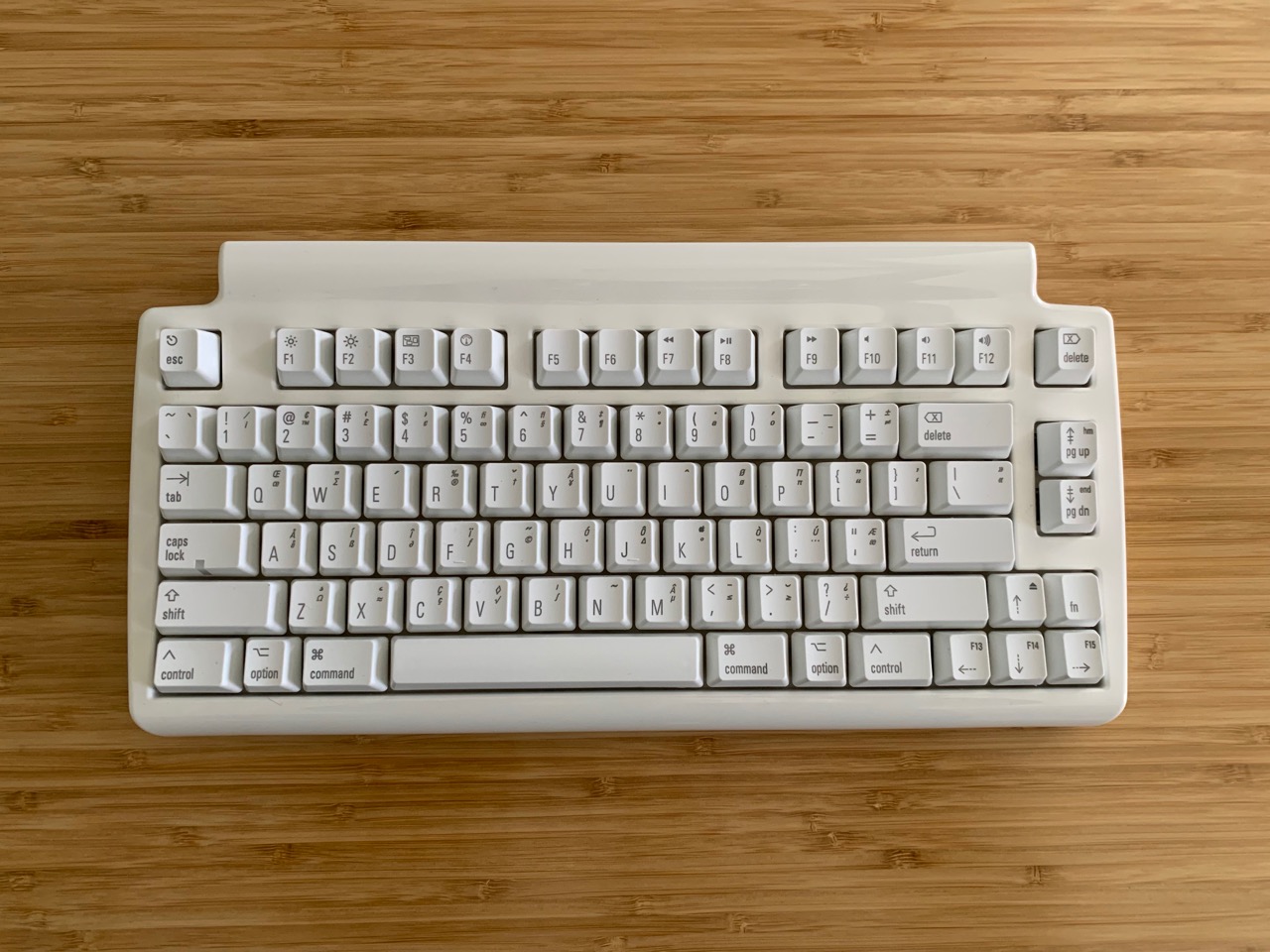 What I liked about the Matias

Well, that is it. It not a bad keyboard, but it is not for me. I know it is supposed to mimic the Apple keyboards of the past, but I am not buying it.

I have been getting the WASD newsletter for a couple of years. It was their announcement about V3 which peaked my attention.

From afar, the WASD checked all the boxes.

It has most of the best parts of Das Keyboard and Matias. It is narrow like the Matias, but not as smooshed. Like the Das, it has a good solid feel for the weight (it weighs more than the full-size das). It also has a critical (for me) feature that both of the others are missing, a backlight keyboard.

I also love that it ships with a handy tool for removing the keys and it is infinitely customizable. I am going to complain below about the lack of Mac key options by default, but the opportunity to quickly change things is a decent compromise. 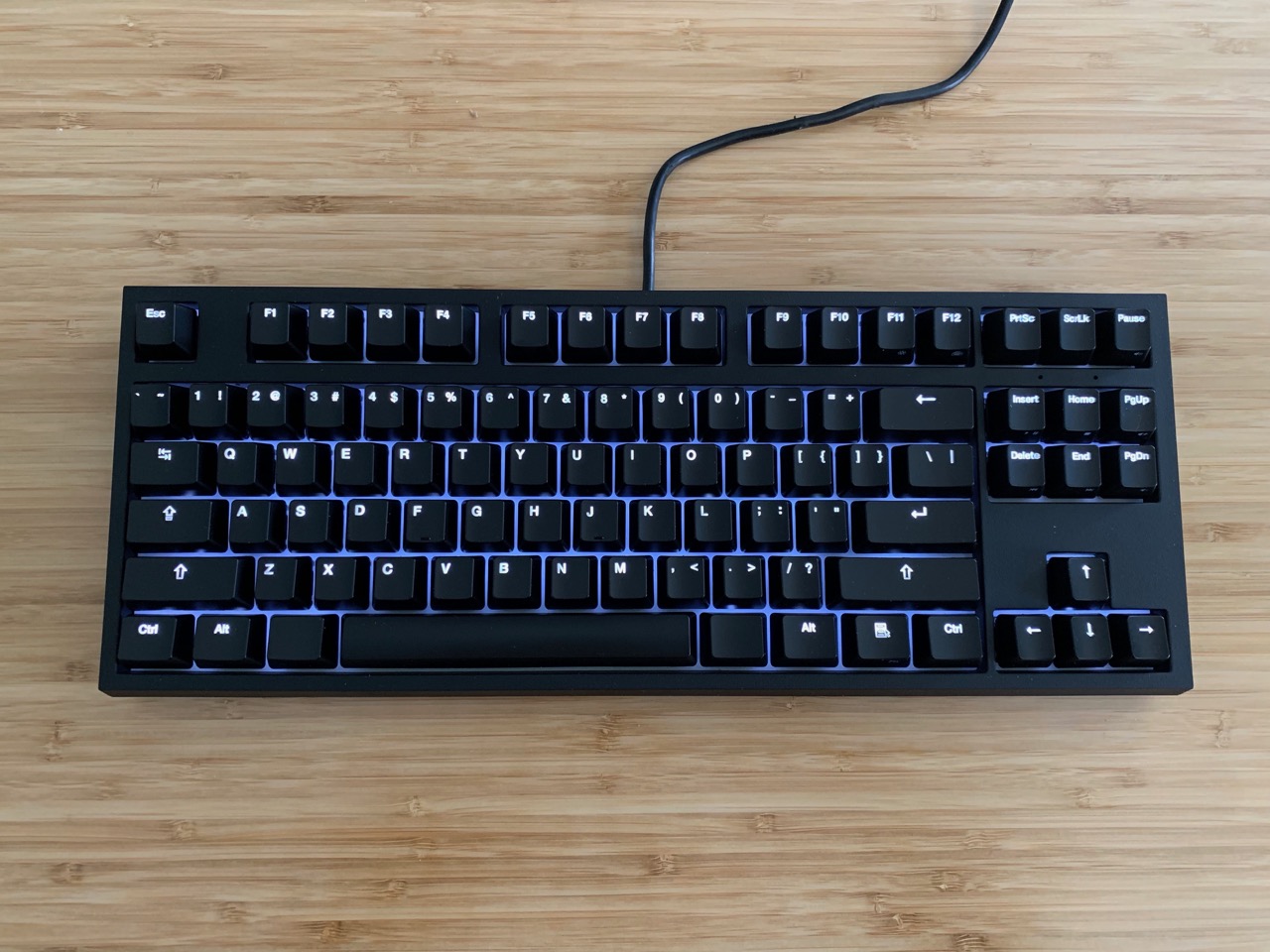 What I liked about the WASD Code V3:

What I did not like about the WASD Code V3:

After some back and forth with the WASD support team, I have been informed the firmware updates to both fix the backtick and tilde issue as well as enable the V3 specific features would not only require a firmware update, but that update would need to be done with a Windows computer.

This issue was fixed quite a while to go. No need to worry about it going forward.

I have some significant concerns with this:

Andrey Butov recommended, despite its looks, to check out the Corsair. I made my once a year trip down to the local Best Buy to give a look and see if there was anything else to check out.

In typical Best Buy fashion, most of what they had on display, was not in stock, but there were a couple of Corsairs on display. I am in favor of backlighting, but I don't think a rainbow is what I am after. It also looks like they rely on quite a bit of software to be fully functional. None of this software appears to be Mac capable. There are some workarounds (like making settings a windows machine, the keyboards of memory built in) or using a community set of drivers, which is not something I want to rely on.

While there, I did see a couple Logitech mechanical keyboards. I liked they had a nice and simple white backlighting, but the one they had on display just felt cheap (and it wasn't any less expensive than anything else I had looked at).

Donn Felker recommended the Kinesis Advantage 2 which mixes in some very interesting ergonomics, but at this point learning a new keyboard layout (and doubling the price) is not something I willing to do (and really, damn increasing the price and not Mac-specific).

I bookmarked a couple of Kickstarter projects over the years for lower profile mechanical keyboards. I even reached out to one which is now available asking about their return policy and did not hear anything.

I am going to stick with the Das Keyboard. As I wrote this today, I will miss the backlighting, but I find the 1/4 inch in height makes a noticeable difference and I can not get past the how WASD is handling the V3 rollout and update requirements.

See Update Above - I eneded up going with a WASD Code MX Brown.